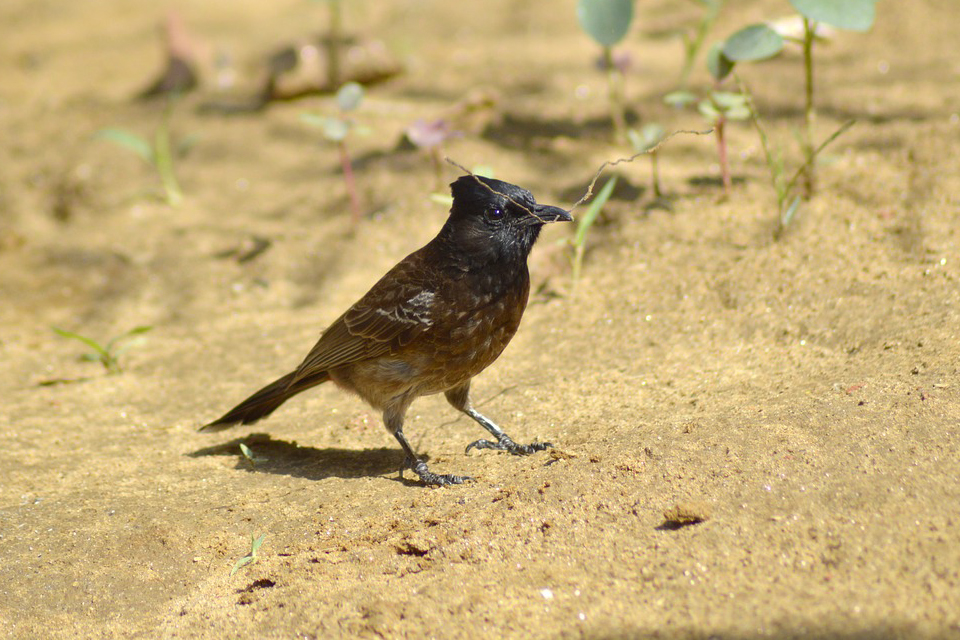 To dream about a cuckoo bird
If you see a cuckoo in a dream, that symbolizes gain in real life. There is a chance that someone that wronged you will apologize. They will realize their mistake after a long time, so they will ask you to reconcile and continue your friendship where it left off because of them. You will be glad to be in touch with that person again, but you will also realize that things will never be the same as before.

To act like a coward
Dreaming of acting like a coward means that you will leave someone hanging. We are probably talking about a friend or loved one that you will not help when they need it the most. You will believe that you have done enough and that you shouldn’t go around and fix the mistakes that other people have made. Even though many people will judge you and say that you are heartless, the most important thing for you is to preserve your peace.

To chase a cuckoo
When you are dreaming of chasing a cuckoo, it means that you are torturing yourself in vain. There is a chance that you will expect someone to take a part of their responsibility and help you solve a problem that both of you are guilty of. However, they will have the same attitude despite your beliefs and just wait to run away and let you deal with it alone.

To dream about others chasing a cuckoo
If you are dreaming of someone else chasing a cuckoo, it means that you will confront an enemy that is trying to reveal your secret. The secret is related to something that you have been quiet about for a long time because you don’t want the sin from your past to hurt people that you love. However, someone who wants to reveal it and jeopardize your relationship with the people dearest to you or the job you do will threaten you. When you find out about their intentions, you will start a long and painful battle with that person. You have a chance of winning if you stay patient and wise only.

To catch a cuckoo
This dream means that fulfillment of one of your dreams or goals will not bring you the satisfaction that you have expected, unfortunately. You have probably been working on it for a long time and fantasized about a day when you will proudly be able to say I did it. However, once you achieve the thing you dream about, you will realize that the euphoria is gone because people always strive for something better and bigger. It is time for new goals, challenges, and plans. Start working on them.

To dream of others catching a cuckoo
A dream in which you see someone else catching a cuckoo means that you are trying to reveal someone’s secret. You might have noticed that your partner or friend has been acting strange lately, but they don’t want to talk about it. However, that is not stopping you from playing a detective, so you will continue to investigate what all of it is about without them knowing it. However, you have to think about why that person doesn’t believe that you should know about their problem. They might want to solve it alone, don’t want to stress you out with it, or they just believe that all of it is none of your business.

To feed a cuckoo
Dreaming of feeding a cuckoo means that you are not satisfied with your relationship with a loved one. You believe that you are giving all of yourself to them unconditionally, but you are getting nothing or almost nothing in return. It sometimes seems to you that you are not an important part of their life.

To dream about others feeding cuckoos
If you see someone else feeding a cuckoo in your dream, it means that you are afraid to point out a problem to your friend that someone that they love is causing them. You don’t want to meddle, but on the other hand, you can’t watch someone that you care for suffer because they don’t deserve it.

To buy a cuckoo
Dreaming of buying a cuckoo means that you will change your lifestyle. Some objective circumstances or your wish to get out of the rut that you have fallen into might make you do it. That will be one of the best decisions that you have made in your life.

To sell cuckoos
Dreaming of selling cuckoos is a warning not to get involved in risky or illegal businesses. Don’t get fooled by easy money because the consequences could be horrendous. Stick to the things you do best and make sure to increase your earnings even without such risky moves.

To receive a cuckoo as a gift
When you are dreaming of someone giving you a cuckoo as a gift, it means that you will get a gift that you will not like. You will act like you are fascinated out of politeness and respect, but you will not know what to do with it later. You will realize that the person that gifted it to you doesn’t even know you, which is why they have decided to give you something like that.

To bestow a cuckoo
Bestowing a cuckoo to someone in a dream is a sign that you are not mature enough for a new phase of your life. Young people that are planning on moving in with their partner or starting a family often have these dreams. You might envy someone on their family life, so you have started thinking about that step yourself. However, it is still not the time for something like that, so don’t try to achieve anything forcefully.

To wound a cuckoo
Dreaming of wounding a cuckoo means that you regret hurting someone that didn’t do anything to deserve it except being in the wrong place at the wrong time. You have taken out your frustration and rage at someone completely innocent, so you need to ask them for forgiveness as soon as possible.

If you see a wounded cuckoo in a dream, that usually symbolizes family problems. Some of your family members argued, but all of you are suffering because of it. You would like to change something or reconcile them, but that is not your job. You have to show love and understanding to both sides, while time will do the rest.

To kill a cuckoo
When you are dreaming of killing a cuckoo, it means that you lack important information, which is why you might have problems at work. If you have a private business, there is a chance that you didn’t research the market or competition enough, which will lead to problems with decisions and plans that you have made.

If you see a dead cuckoo in a dream, that is not a good sign, unfortunately. It often means that someone will sabotage you or spread gossips about you to jeopardize your job or existence. That is not a personal vendetta but their way to take over the job that you currently do.

To dream about a cuckoo laying on its eggs
A cuckoo that lies on its eggs in a dream symbolizes dissatisfaction with your social status. There is a huge difference between your ambitions and realistic life achievements. However, the difference is not insurmountable, so there is no reason to despair or be depressed. If you make an effort and invest a lot of time and hard work into that, the results will follow. Prove to yourself and others that you can do it.

To see a cuckoo in the trees
If you manage to see a cuckoo in the dense canopy of lush trees, that is a sign of progress and happy life. It might seem to you that you will not get to experience something like that, but you are wrong. The future holds numerous good opportunities for you, so it is up to you to recognize them on time and use them the best you can.

To dream of a cuckoo on a tree branch
If you see a cuckoo sitting on a tree branch whose leaves have fallen off, it means that you have to take more care of your health. The symptoms that you currently feel will not just disappear, so stop searching for a diagnosis and drugs on the Internet and turn to help from a doctor. The sooner you realize what is bothering you, the better the chances that your condition will get improved.

To dream of a cuckoo at the window
A dream in which you see a cuckoo at your window means that you are afraid of the news you have been waiting on. They can be the results of an exam, test, or a job interview. Even though you would like to get a good or affirmative answer, you are also afraid of the future happenings in your life.

To dream about a cuckoo in a cage
A cuckoo in a cage symbolizes the need for freedom. You might be in a relationship with a possessive person, and even though you love them, you feel like they are smothering you because of the constant pressure that they put on you. You have to honestly and openly talk to them. If the relationship doesn’t work, make peace with it, and move on with your life. You can also feel the lack of freedom if you do something that doesn’t make you happy or satisfy your needs.

To hear a cuckoo
When you hear a cuckoo singing in your dream, but you can’t figure out where the sound is coming from, it means that you will soon hear good news. Somethings that you have been hoping for will come true, which will make you extremely happy. That event will mark the beginning of a new and better phase of your life.

To dream of a flock of cuckoos
This dream means that the news that you will receive will surprise you. Gossip about someone that you know or even yourself might shock you. You will not know where that came from or who had the time and bravery to spread such information. If the gossip that you heard has something to do with you or someone that you know well, don’t try too hard to deny it because that will only make others continue to talk about it.

Meanings of dreams can be a lot more trivial. If you have recently seen a cuckoo bird or a person that you think of as a coward, it has made an impression on you.

Definition of a cuckoo

Cuckoo is a bird that lays its eggs in the nests of other birds.