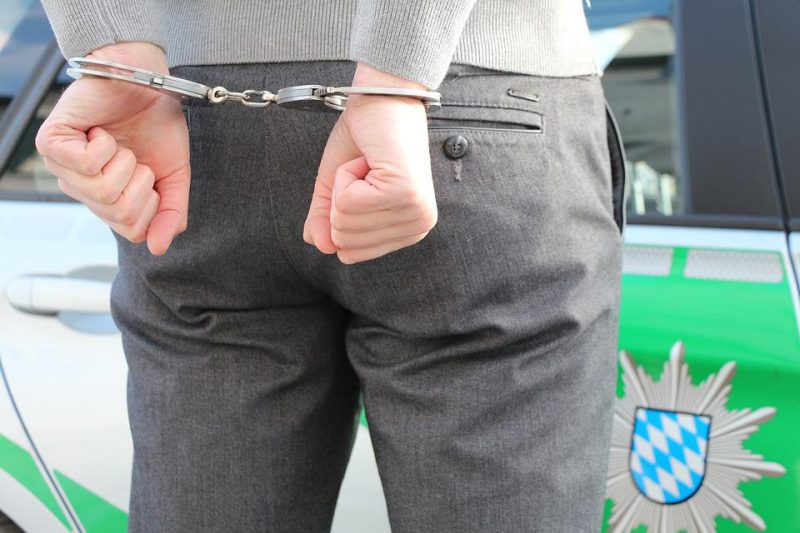 A motif of crime is relatively commonly present in dreams of men, women, and children, considering that violence has become a part of pop culture, especially in movies and TV shows. However, interpretations of such dreams depend on the context in which they occur and the details that follow them.

To dream that a loved one committing a crime
If you dream of a family member, partner, or another person you care about committing a crime, it implies that you are worried about that person. They have probably complained about a problem or challenge that they are facing that comes with a high dose of stress.

To dream about witnessing a crime
Witnessing a crime in a dream means that you are in a dilemma. You wonder whether to tell your loved one the truth you have discovered regarding their life or stay silent. You will get the answer to that question if you ask yourself whether you would like to know the truth or not. Your conscience will be restless as long as you don’t do something about it.

To dream of planning to commit a crime
When you dream of planning to commit a crime, it implies that you need not get involved in risky business deals. Someone has probably promised easy money to you, but what you have to do is either illegal or against some social norms. If you go against your beliefs because of money, you could regret your actions in the future and wish to be able to turn back time.

To dream about helping someone hide a crime
This dream means that you regret making some decisions or actions in the past. You have probably realized that you have made a mistake only now, and you wish you could turn back time to act differently. Considering that you can’t do that, you will have to learn something from it and make sure never to end up in a similar situation.

To dream of preventing a crime
If you dream of stopping someone from committing a crime, it implies that you will try to talk your loved one out of one decision or action in vain. No matter what you say, that person will not want to listen to you. They will have to learn from their mistakes at the end of the day, and you will help them deal with the consequences of their actions.

To dream of being a suspect in a crime
When you dream of being a suspect in a crime, but you know you haven’t committed it, it implies that you feel guilty for not acting the way you were supposed to in one situation. Someone might have offended you or underestimated your knowledge, hard work, and effort, and you have stayed silent about that. You need not argue the next time either but politely let that person know that they don’t have the right to minimize your success.

To dream of suspecting that someone committed a crime
Suspecting that someone committed a crime in a dream means that you are prone to blaming other people for your failures. You probably believe the whole world is against you and that you can’t make progress because of it. The truth is much simpler – everything will change for the better once you take responsibility for your mistakes and learn something from them.

To dream of getting sentenced to death because of a crime
When you dream of getting the death penalty for committing a crime, it means that you are prone to paranoia and exaggeration. Your problems are not as big as you believe they are. However, the fact that you are shoving them under the rug will not bring you anything good. Because of it, it is necessary to face the issues that have been hanging over your head for a long time.

To dream about sentencing someone to death because of a crime
This dream means that you are hurt or disappointed. You have probably expected to get a promotion, but your boss doesn’t intend to keep their promise yet. Another possibility is that you have found out that the colleague who works less or has less knowledge than you has a higher salary, which demotivated you.

To dream of reading about a crime
Reading about a crime in the newspaper or book in your dream means that other people’s problems overwhelm you. You can’t help everyone, especially if you have any problems of your own. You have to let everyone take care of their life and make sure to make yourself as good and happy as possible.

To dream of writing about crime
Writing about crime in a dream means that you are a very creative person who doesn’t take advantage of your potential enough. Your current job probably doesn’t ask for imaginativeness or innovativeness, but that doesn’t mean that you can’t direct them into a hobby. That might even become a good source of income for you one day.

To dream about talking to a criminal
Talking to a criminal in a dream usually means that you are judgmental. You probably don’t give people a chance to show you what they are like but form your opinions about them based on feelings or other people’s experiences.

When a married woman has such a dream, it implies that she lacks excitement in her marriage. You might have fallen into a rut, and every day is the same for you. Only you and your partner can change that situation for the better.

To dream about chasing a criminal
Chasing a criminal in a dream means that you will stand up to injustice. You and a group of people will probably decide on someone’s faith but make an unfavorable decision, in your opinion. You will oppose its execution but get outvoted.

The meanings of dreams can be a lot more trivial. If you have recently read about crime or heard the news about something illegal happening, it has left an impression on you.

Definition of a crime

A crime is an act with which one breaks the law. A criminal is a person that commits a crime.