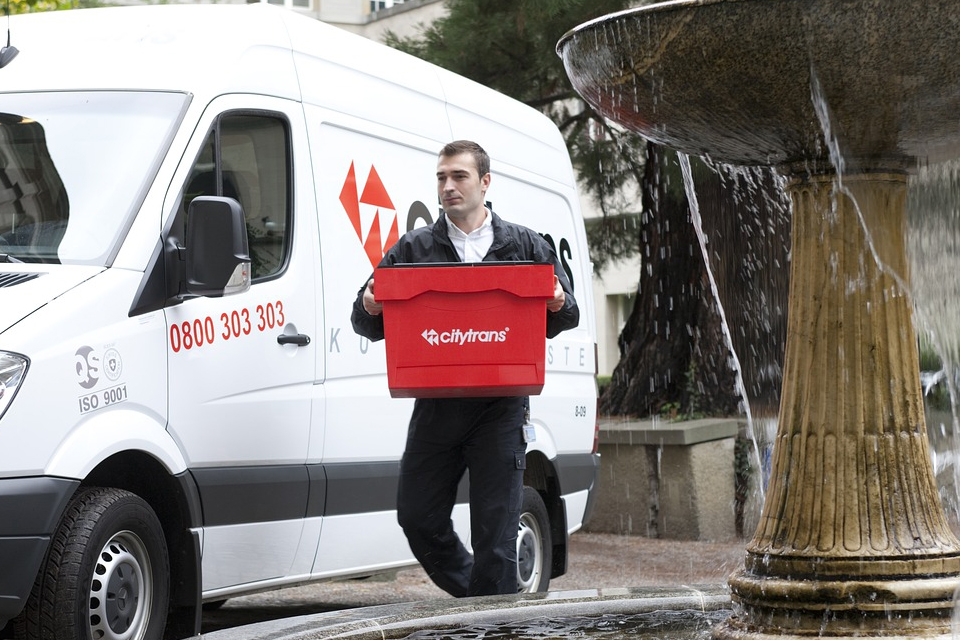 To dream about a courier
If you see a courier in a dream, that symbolizes wealth. You might get a heritage that you didn’t expect, which will be enough for you and your family to have a carefree future. However, the money will not infatuate you, so you will try to live normally, the way you have been living so far.

To be a courier
Dreaming of being a courier means that secrets surround you. People from your surroundings are probably overprotective, which is why they don’t want to stress you out with things that you can’t control. You will violently react since you are often the last person to know what is happening. However, those findings upset you more than they should, but you would like to get treated like a grownup that is capable of facing problems.

To argue with a courier
When you are dreaming of arguing with a courier, it means that the truth will hurt you. There is a chance that someone will tell you everything that other people can’t, but instead of questioning your actions and trying to work on bad traits, you will conclude that everyone is wrong and that you are the only one who is right. That will be an ideal opportunity to make up for everything bad that you have done, but it will depend solely on you whether you will take it or not.

Dreaming about other people arguing with a courier means that you feel bad because people around you try too hard to protect you from everything bad that is happening, and that will happen. We are probably talking about your parents that want your life to be better and more carefree than theirs, so they take all worries on themselves. They believe that they are protecting you by acting like that, but in reality, they are not doing you a favor.

To yell at a courier
If you are dreaming of yelling at a courier, it means that you have directed your rage at the wrong person. Something might have upset or angered you at work, so you have decided to take it out on your family members. The situation might even get reversed, so you have lashed out on someone who didn’t do anything to deserve it because of the stressful situation at home. Watch out your behavior. Everyone has some kind of problem, but that doesn’t mean that other people should pay because of that.

If you are dreaming of witnessing someone yelling at a courier, it means that you will not be able to stop injustice, no matter how hard you try. You will probably have a chance to decide about someone’s faith with a group of people. The group will make an unfavorable decision by voting. You will try to persuade them to change it, but you will not succeed. Your consciousness will be restless for a long time because of it, but then you will realize that there was nothing you could do about it.

To fight with a courier
A dream in which you are fighting with a courier means that you have accused an innocent person of one problem. You probably believed that you found the culprit for something, but the person you are accusing is not the one. Instead of listening to what they have to say in their defense, you have said many horrible things. You will probably realize that you were wrong with time, so you will have to ask for forgiveness because of your behavior. Let that be an important life lesson for you.

If you see someone else fighting with a courier, it means that your friend will put you in an uncomfortable situation. They might ask you to lie for them. You will agree to do it because you are truly close, but later, you will realize that you have made a mistake.

To run away from a courier
This dream means that you are constantly pushing one problem under the rug, hoping that it will get resolved on its own. You don’t have either the will or energy to deal with it, but the problem is getting bigger and bigger the more you avoid solving it. Start working on it so that the consequences of your neglect wouldn’t be enormous.

If you see someone else running away from a courier, it means that you will probably testify in someone’s defense. You will be that person’s alibi and not feel good about it. You will realize that situations like that upset you and hurt you more than they should. You simply don’t like to meddle in other people’s problems or conflicts and appreciate when they don’t meddle in your life either.

To chase a courier
Dreaming about chasing a courier is a sign that you are hoping for the positive outcome of a trial, decision, or project. The fact that you are the only one who thinks like that probably worries you, but you don’t let doubt get to you, so you are trying not to listen to negative comments that people around you direct at you daily. You know what goal you have, and you will do everything to achieve it. In this case, that will be more than enough.

If you are dreaming of someone else chasing a courier, it means that you can’t solve one problem, no matter how hard you try. You might have ended up in the center of the conflict between two people that you equally love and respect. You are trying to be as objective as possible and present them your view of the problem so that they would realize that the conflict is trivial, but you are not succeeding. It would probably be better to distance yourself from that situation because of your health and completely stop thinking about it.

To hide from a courier
Dreaming of hiding from a courier means that you don’t want to accept the truth the way it is. You are constantly trying to persuade yourself that things are not the way they seem to you, but you can’t escape clear facts. The sooner you make peace with it and accept the things the way they are, the easier you will move on.

When you see someone else hiding from a courier in your dream, it means that you will be an accomplice in a crime.You might defend the wrong person in front of other people, even though you will not know about all the facts that prove that they are guilty. You will defend them but realize that you have picked the wrong side after some time. Unfortunately, it will be too late to change anything.

To steal from a courier
If you are dreaming about stealing something from a courier, it means that laziness will backfire at you. You thought that all of it was a temporary phase, but things are still the same. If you continue to act like that, the obligations and worries will continue to pile up as well, so you will end up in serious trouble.

A dream in which you see someone else stealing from a courier symbolizes a conflict with a colleague, neighbor, or acquaintance because of trivial things that drive you mad.

To kill a courier
Dreaming of killing a courier is a sign that you are wasting your time on unnecessary things. You stress yourself out with some problems too much, even though you know that you can solve them only when the time for it comes. Being aware of that doesn’t stop you from constantly thinking or talking about it. Listen to the things that people from your surroundings are telling you because they are completely right.

If you see a dead courier in your dream, it means that you will have to cancel a trip that you have been looking forward to a lot. You will probably do it because of some unexpected circumstances, but you will be sorry because of it. Don’t despair but start planning the new attempt to go to a destination that you have fantasized about for a long time.

To kiss a courier
If you are dreaming about kissing a courier, it means that you are in a relationship that will not last forever. It is obvious that the relationship with such a person doesn’t have a bright future because you two are completely different people. Another possibility is that you are in a long-distance relationship, or your partner is planning on moving to another city or state. You know that distance will affect your relationship, but you keep persuading yourself that you will manage to overcome such a big obstacle that stands in the way of your love.

A dream in which you see someone else kissing a courier means that you will say goodbye to a loved one. Your friend or one of the family members might move to another city or state. You will not take their departure as a loss, and you will be happy because you believe that they are leaving in search of a better future.

To dream about a courier delivering an empty package
This dream symbolizes disappointment. Some things will not go as you have planned, and you will be sad about it.

To pay to a courier
If you are dreaming of paying a courier for the services that they have provided you with, it means that you will pay off a debt. Someone probably landed you money or helped you with one job, but you couldn’t pay them back or return the favor until now. You will finally do it and feel great relief.

To call a courier
If you are dreaming of calling a courier on the phone, that symbolizes smaller expenses. You might get invited to a wedding, christening, or some other celebration, so you will have to give a certain amount of money to buy a gift.

Meanings of dreams can be simpler. If you have recently seen a courier or talked to them, that has made an impression on you.

Definition of a courier

A courier is a person that delivers packages and letters.