Cooper in a Dream – Meaning and Symbolism

Home » C » Cooper in a Dream – Meaning and Symbolism 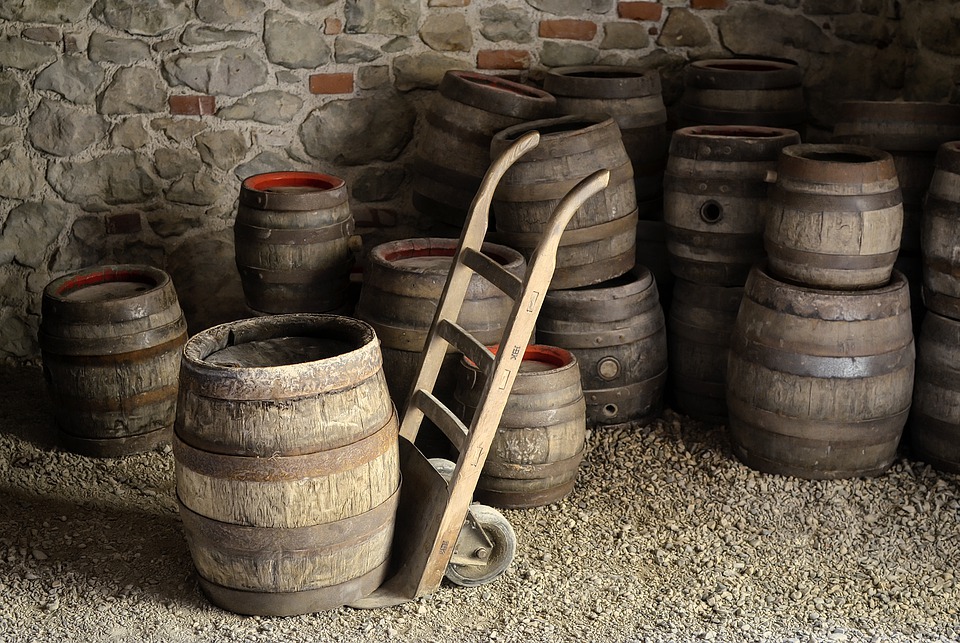 To see a cooper
To see a cooper in a dream means that you will hear sad news. It is possible that someone will tell you that your distant relative or an acquaintance passed away. Even though they were elderly, you will have a hard time with knowing that you will never see them again. You will be sorry for not spending more time together and being closer.

To be a cooper
Dreaming of being a cooper means that you are thinking about changing your profession. You have had bigger expectations from a job that you had gone to school for. With time, you will realize that your job doesn’t make you happy. You will probably want to go abroad or start a private business that would bring you better earnings and enable you to be your own boss. People from your surroundings will disagree with you, because they believe that it is crazy to leave a stable job and face with the unfamiliar. You will be aware of the risk you are taking and sacrifices that decision brings with itself, but you will do everything to make your goals come true.

To talk to a cooper
Talking to a cooper in a dream means that you will host a party. It is probably your turn to plan a fun party night with you friends. You will be full of ideas, so you will make sure to give your friends an unforgettable night.

To meet a cooper
Dreaming of meeting a cooper means that you would like to spend time with people who don’t know you. You would like to talk about yourself and your life to a complete stranger, because you believe that they could tell you the truth to your face. It seems to you like your loved ones are taking the easy way out, agreeing with you about everything you say. However, you are aware that it doesn’t mean that you are always right, but that they don’t want to offend you. Because of that, someone completely objective could help you solve your dilemmas.

If someone else is meeting a cooper in your dream, that symbolizes some hidden talent. It is possible that you have focused your attention to your job or studies only, because you have been doing that for a long time. It is probably time to expend your horizons and finally find out what you could do to have fun, but also fix your financial situation. Your excuses that you don’t have time for anything else right now are not interesting to anyone anymore.

To have an argument with a cooper
Dreaming of having an argument with a cooper means that your subconsciousness is telling you to stop blaming other people for your problems. Objectively, other people may have affected the course of your life, but you can’t blame them for everything that you are not satisfied with. Try to change small things about yourself at first, and them work on becoming who you truly want to be, otherwise, you will become someone who people don’t want to hang out with. No one likes frustrated, bitter and dissatisfied people.

If someone else is having an argument with a cooper in your dream, it means that someone could declare love to you. Someone likes you for a long time. You are not communicating often, but your lives cross paths regularly. You might have felt some attraction between you two, but you have been ignoring it. However, they will finally decide to ask you out on a date. If you are in a relationship, ask yourself if flirting with them is worth jeopardizing the relationship with your partner. However, if you are single, don’t reject them, because they could pleasantly surprise you.

To have a fight with a cooper
Having a fight with a cooper means that you are a closed off person who doesn’t let strangers in your life easily. You are relaxed only when you are among people who know you and who you can trust, which is why you have a hard time with making friendships. That is affecting your emotional life as well. Single people who are having these types of dreams are suffering a lot more than those who have a rich social life.

Dreaming of other people having a fight with a cooper symbolizes a lack of self-respect. You are constantly making the same mistake, and then you suffer because you think that other people are using you. If you want other people to respect you, you have to respect yourself to begin with. After you realize that, many things in your life will become much simpler.

To hide from a cooper
Dreaming of hiding from a cooper symbolizes your need to channel your negative emotions the right way. It is good that you have realized that your emotions and prejudices are making you nervous and dissatisfied, on time. Make the next move and try to change your behavior. Looking things from another perspective might help you perceive things less bad than they currently seem to you.

If you are trying to hide someone else in your dream, it means that your colleague or a friend will probably put you in an inconvenient situation. It is possible that you will have to lie for someone. Even though you will have a hard time with it, you will know that that is the only way to help your friend.

To kill a cooper
Killing a cooper in a dream means that you are struggling with a person who is trying to control your life. They are probably a close family member who you don’t want to say anything to out of respect, but their behavior is making you mad. If you don’t deal with it, dreams with similar meanings will become a lot more frequent in your life.

If someone else is killing a cooper in your dream, it means that a problem you currently have will be resolved in your advantage. Even though it seemed to you that some situations were unsolvable, you have realized that everything is a lot easier with the help of people close to you. Because of that, don’t be afraid to ask for an advice.

To kiss a cooper
Having any kind of an intimate relationship with a cooper in a dream symbolizes your need for protection. It is possible that you have problems at work or in your own home, but you feel like no one is supporting you to solve them. If your problem is related to work, a more experienced colleague could help you, while you should turn off your emotions in order to deal with a problem related to your family life.

A dream in which someone else is kissing a cooper means that you are dissatisfied with your love life. If you are married or in a relationship for a long time, it is possible that you are resenting your partner for everything. They have become aware of it, so they’ve decided to distance from you, in order to avoid fights and arguments, but you see it as a lack of desire to solve a problem. It is time to slow down and observe things from another perspective, if you want to stay together.

To dream of helping a cooper
Helping a cooper in a dream means you have become lazy. You don’t want to get out of bed lately, let alone do something. You might only be tired, so we are talking about a temporary phase. However, if your condition persists, the dream suggests you have to snap out of that because your chores and obligations will pile up, and you will have a problem finishing them.

To dream about drinking with a cooper
Drinking with a cooper in a dream suggests you might get a job you are not up to. You will probably underestimate its volume and significance and believe you can deal with such a challenge easily. However, once you scratch the surface, you will conclude that you must ask a friend or coworker for help to finish it on time.

To dream of dancing with a cooper
Dancing with a cooper in a dream means you have to give a person interested in you a chance. You are skeptical by nature, and you don’t believe people. However, you are missing opportunities to meet interesting people and have new experiences because of it. You have to let your guard down and let them show you what their true intentions are.

To dream of marrying a cooper
If an unmarried woman dreams of marrying a cooper, it implies she hasn’t had much luck in love. It sometimes seems to you that all of your choices were bad ones, but that is not true. You easily forget beautiful things and remember only the negative ones. You have to get out of your comfort zone and give yourself a chance to be happy.

If a married woman dreams of marrying a cooper, it means her partner’s laziness bothers her. That is usually the reason for your arguments and conflicts.

To dream about stealing from a cooper
Stealing from a cooper in a dream suggests you are trying to achieve one goal by taking shortcuts. You don’t want to waste your precious time by taking it one step at a time, which is why you are looking for a way to get what you want as soon as possible. That might work this time, but you need not believe you will achieve great success with little effort and hard work every time.

To dream of a cooper stealing from you
When you dream of a cooper stealing from you, it implies that you will believe someone’s false promises. Someone might promise the world to you but not have the intention of keeping it. Instead of waiting for that person to provide you with what you want, it would be better to roll up your sleeves and make sure to get what you want on your own.

To dream about chasing a cooper
Chasing a cooper in a dream suggests you have let a good opportunity pass you by because you were focused on regretting missing past chances. You can’t build a better and higher-quality future if you are constantly trapped in the past.

Meanings of dreams can be simpler. It is possible that you have recently seen a cooper or talked to them, which has made an impression on you.

Definition of a cooper

A cooper is a craftsman engaged in making barrels. If you have dreamed of barrels, search for the interpretation of that dream.