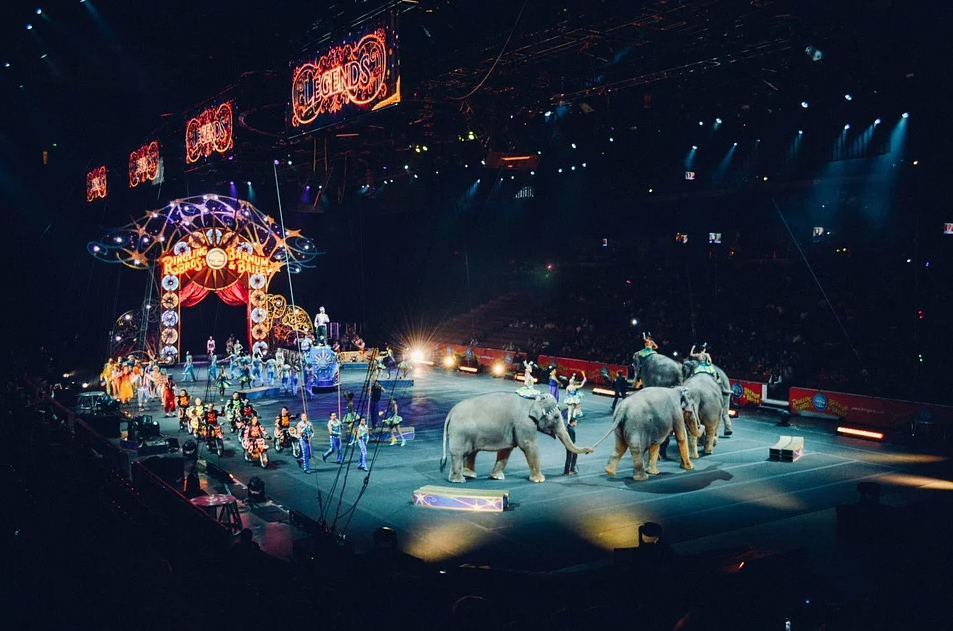 To see the circus in a dream

If you see the circus in a dream, it warns of a fraud. It is possible that you will work for people who are sweet talkers and who will offer you better conditions from the ones you are used to. They will praise your every move while they will not pay a lot of attention to the mistakes you are making. You will have a feeling that something is not right, but you will enjoy praises and their intention to promote you. With time, some of their actions will seem suspicious to you, as well as the unconditional trust they are showing you.

To participate in the circus
When you are dreaming of participating in the circus show, it implies that you will experience shame. Someone will try to hurt you and they will tell lies and various gossips about you to people from your surroundings. That will cause a violent reaction from your closest friends who will want to protect you, but a lie said hundred times will be treated as the truth.

To leave the circus
Dreaming of leaving circus means that you will go back to your everyday routine. You have probably been on a vacation in the previous period and enjoyed various activities and hangouts with people dear to you. You would like that to last a little bit longer, but many obligations are expecting you.

To run away from the circus
If you are dreaming of running away from the circus, it means that you are under the influence of someone who is manipulating you to do or say what they believe is right. It is possible that they are your older family member who believes that they have the right to control other people’s lives based on their life experience. It is time to snap out of it and start thinking with your head.

If you see other people running away from the circus, it implies that your friend will not be able to use good-hearted advice you have given them. Instead of being angry at them and shoving that mistake into their face, try to be supportive of them during difficult moments.

To laugh in a circus
Dreaming of laughing in a circus and enjoying a show suggests that your big wish will come true. It is possible that you will be able to change a job or a dwelling place or even pass an important exam. Anyhow, the following period will be nice.

When you dream of other people laughing in a circus, it means that you are lonely. You have realized that you don’t have anyone to have an honest conversation with, even though you are surrounded by a lot of people. You are tormented by the fact that you don’t trust anyone enough anymore since your bad experiences have taught you to be careful. That has made you shut down to other people. You are probably aware of the idea that only you can help yourself.

To cry in the circus
A dream in which you are crying in the circus symbolizes a big dose of empathy that you possess. You are very sensitive by nature and other people’s suffering makes you sad. You are often diminishing your problems when you are with people who are in trouble as well. Many people like you because of it, while they are sometimes even using your kindness. As soon as you realize that you can’t control many things, your life will be easier.

If you see other people crying in the circus, it means that your friend will surprise you with unpleasant news. You will probably hear something that you will not like.

To have a fight in the circus
Dreaming of having a fight with acrobats, magicians or other viewers in the circus implies that you are trying to change a loved one in vain. You are only causing a countereffect with your actions and jeopardizing your relationship. If they don’t suit you, don’t be in a relationship with them.

When you are dreaming of other people having a fight in the circus, it means that you will be a mediator in a dispute between two people who you love and respect equally. They will ask you to pick sides, so you will have to say what you think while being very wise and trying not to offend anyone. Think about it well in order to make the right decision which you won’t have to apologize for.

A dream in which you are having an argument with a clown means that someone will try to use your frivolity.

If you are dreaming of having an argument with a magician, that is a warning to watch out who you are hanging out or doing business with. Someone from your surroundings is trying to use you to achieve their goals.

To be attacked by circus animals
Dreaming of being attacked or chased by horses, lions, elephants or other circus animals means that you should give up from a job that doesn’t bring you either profit or satisfaction. The fact that you are afraid of getting out of that vicious circle is stopping you from making progress in life. It is time to snap out of it and do something good for your future.

If, however, you are dreaming of circus animals attacking someone else, it is possible that you will have a conflict with your partner because of some decision they have made against your will. You have agreed on what to do regarding the next big step, but they have decided to do something that you didn’t agree on. That will anger and disappoint you, but don’t react too harshly before you find out what the reasons for such behavior are.

To dream of a circus tent
When you dream of a circus tent, it means that you have neglected your creative side because of the current job or college. You are someone who has many talents, but you can’t use them in a field that you are in at the moment. You should maybe dedicate your time to some hobby since that could bring you profit in the future as well.

Dreaming of burning or demolishing a circus tent means that you are tired and exhausted because of everyday obligations. You often don’t even have time to get enough sleep or enjoy things that fulfill you. You sometimes neglect hangouts with people who are dear to you since you don’t have enough energy to endure them. It is time to set your priorities and organize your everyday life better. That is the only way that you will manage to do all of the chores, but dedicate some time to nicer things as well.

If someone else in your dream is burning a circus tent, that is a warning to stop jeopardizing other people with your ambitions. The fact that you want to be successful is a completely normal and positive thing. However, the way you want to achieve that success is problematic.

Meanings of dreams can be simpler. If you have recently been to the circus and watched a show, that has definitely made an impression on you.

Definition of the circus

The circus is made by a group of performers who often change their dwelling place. It consists of clowns, magicians, jugglers, and different animals.