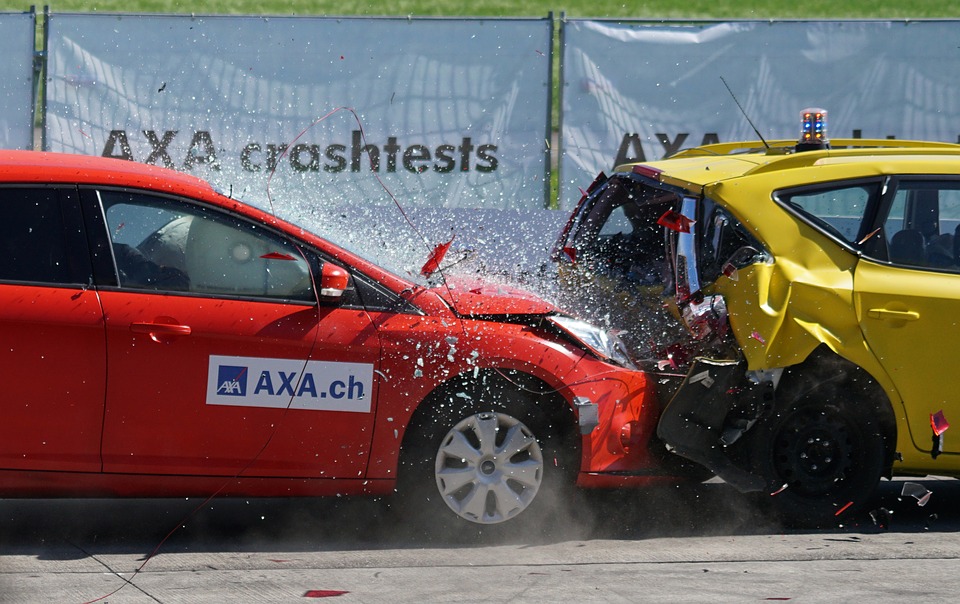 To dream of a car crash or accident
If you see a car crash in a dream, it means that you will be lucky. Your colleagues might end up in trouble in one situation, and you will get spared such an outcome by chance. You often say that you are luckier than wiser, which will turn out to be true this time around as well.

To dream of having a car accident
If you have a car accident in a dream, it warns of an unpleasant trip. You might have trouble in traffic like having to wait in long queues on the border, a plane or bus being late, and so on. That will exhaust you, and you will wish that you didn’t have to go through it.

To dream of causing a crash or accident
When you dream of causing a car accident, it symbolizes a feeling of guilt. You probably believe that you could have stopped something that left an unerasable trace on you. Even though other people try to persuade you that nothing was in your hands, you will not manage to calm down and live your life as before.

To dream about other people causing a car accident
If someone else causes a car accident in your dream, it means that you will be angry. You will probably not forgive someone for an insult or unpleasant gesture that you had to experience because of that person. Even though a lot of time will pass, you will always be reserved and ready for an argument in that person’s presence.

To dream of stopping a car accident
If you dream of stopping an accident from happening, it means that you will help someone. You always make an effort to be fair, which is why you have a hard time watching people attack someone innocent or unable to defend themselves. You analyze every situation objectively and don’t make conclusions based on prejudices or other people’s opinions.

A car accident or car crash is a relatively common motif in dreams, especially in the modern age when such information reaches us daily. Grownups have such dreams more often than children, while the interpretations depend on the context in which they occurred and the details that followed them.

To dream about watching a car crash on TV
To watch a story about a car accident or crash on TV in a dream means that you always skip black chronicle in newspapers. Tragic and bad news affect you too much. You are especially sensitive when it comes to kids, which is why you have decided to skip that part of the news or pages in newspapers to preserve your mental health.

To dream about reporting about a car accident
To report on a car accident on TV in a dream symbolizes your curiosity. You know everything about everyone and trust even unverified information. Besides that, you like talking about other people, and you don’t see anything bad in that. You have to imagine a situation where you are the main topic of such conversations and ask yourself how you would feel in that case.

To dream of help car crash victims
Helping car crash victims in a dream means that you will do a good deed. You will probably find out about someone’s sad destiny through a friend or the media and decide to do whatever you can to help that individual, family, or group of people.

To dream about two buses crashing
A dream wherein you see two buses crashing into each other means that you have to watch out for your behavior because everything you do or say affects people around you, as well. To be more specific, you mustn’t get in trouble that your family members have to get you out of. Not only is that not good for you, but it causes problems for those who love you too.

To dream of trams crashing
When you see two trams crashing into each other, it means that you will have an accident that will ruin one of your plans. You might be late to an important meeting because of traffic, or you will have a cold and miss out on something fun like a wedding, trip, or something else that you have been looking forward to.

To dream of trains crashing
Two trains crashing in a dream suggests that you have communication problems with your partner or family members. Both of you feel a strong need for dominance, which creates issues. If at least one of you backed down and looked at the situation more objectively, everything would have improved quickly.

To dream about crashing your car into a road shoulder
If you see a car crashing into a road shoulder in a dream, it means that you can’t let some trivial things distract you from what matters. To be more specific, you need not aggressively react if someone offends you but try to ignore what that person is saying because stooping to their level would be very bad for you.

To dream of a car crashing into a bike
A car crashing into a bike in a dream means that you feel unprotected. You have probably lost the support of the people whose opinions you care about because of some decisions or actions. It will take years to restore their trust, but you will learn a valuable lesson, thanks to that event, at least.

To dream of a car crashing into a tram
When you see a car and tram crashing into each other, it means that you are overly sensitive and that every little thing can get you off the rails. Your loved ones suffer the most because of your repressed frustrations. You have to deal with inner dilemmas and stop acting out because of your insecurities while hurting those you love.

To dream of a car and bus crashing
When you see a car and bus crashing into each other, it means that you have to be more moderate in everything. That doesn’t apply to some bad habits in life, vices, and so on, but to work and diligence, as well. You mustn’t exhaust yourself that much if you want to experience old age mentally and physically healthy.

To dream about a car and train crashing
A car and train crashing into each other can be called a nightmare, without a doubt, considering that passengers in the vehicle have low chances of surviving such a scenario. However, this dream doesn’t have to have a tragic meaning, necessarily. We have it when we firmly believe that we don’t have a chance to beat our enemy. You have to restore your confidence only to solve what bothers you.

To dream of a bus and tam crashing
If you see a bus and tram crashing into each other, it means that you might end up in an uncomfortable situation. Two people you barely know will probably argue in front of you, state a series of accusations, and try to drag you into the conflict. You have to make an effort not to become a part of their fight because you could end up in trouble.

To dream about a bus and train crashing
A bus and train crashing into each other in a dream means that you will simultaneously argue with multiple people in real life. You will have to defend your attitudes, while there is a chance that no one will want to take your idea seriously. You will probably succeed if you lower your voice but increase the usage of facts.

To dream of a bike and bus crashing
If you see a bike crashing into a bus in a dream, it means that someone underestimates you. One person from your surroundings probably minimizes your effort, hard work, and success. Even though it is hard to stay calm in such situations, you have to make an effort to respond with a smile to them. That is the only way to let that person know that their attempts to bring you down have failed.

To dream of a bike and tram crashing
When you see a bike crashing into a tram, it means that you have to be very careful when talking about delicate topics because people around you are looking for a way to jeopardize your reputation. They are waiting for you to make a mistake to label you as a bad person. You need not give them a reason to even talk about you.

To dream about a chain collision
If you see a chain collision of the various vehicle in your dream, it symbolizes panic. A demanding task might expect you, and you are nervous because of it. You are thinking about the worst possible scenarios instead of having faith that the whole situation will end in your favor.

The meanings of dreams can be a lot more trivial. If you have recently seen, experienced, caused, or stopped a car crash, it has left a strong impression on you.

Definition of a car accident or car crash

A car crash is an event in which bodies act on each other by force.