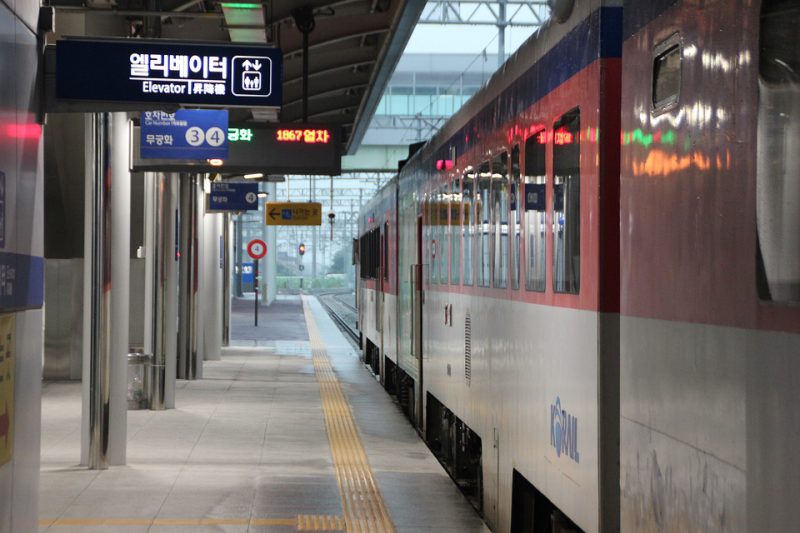 To dream of a bus station
If you see a bus or train station in a dream, it symbolizes an unexpected visit. Someone you haven’t been in contact with for a long time might come to visit you. You will get surprised but be glad, at the same time, to remember the period in which you were close.

To dream of being at the bus station
If you dream of being at the bus or train station, it suggests that you will travel soon. You will probably combine business and pleasure and visit people you will make a deal with that you have been hoping for a long time. Besides financial benefits, you will look forward to a vacation and getting away from everything that has become a part of your daily routine.

To dream about someone at the station
When you see someone standing at the station, it means that you will be in a dilemma. You might not be sure about your feelings, and you believe that you would get around well without your loved one. However, you will realize that you are not indifferent as soon as your relationship or marriage gets brought into question.

To dream of an empty station
If you see an empty station in a dream, it means that you will be disappointed. You will probably expect someone to fulfill their promise, but the person in question will not do it for some reason. The saying – hope dies last will comfort you, but you will have to make peace with the reality sooner or later and move on.

To dream of saying goodbyes at the station
If you dream of seeing someone off at the station, it symbolizes a temporary parting. Your loved one and you might take a break to figure out what you want out of your relationship. You will clearly know that you don’t want to go to your old ways and that it is time for making serious decisions.

To dream of a full station
When you see a station packed with people in a dream, it means that people from your surroundings don’t understand you. Even though you are around a bunch of people, you feel very lonely. You feel the need to expand your horizons and spend time with those who have a positive effect on you and who motivate you to make progress in life.

To dream about greeting someone at the station
When you dream about greeting someone at the station, it means that you are lonely. People who have been single for a long time know that feeling very well. However, if you are married or in a relationship, you need not feel that way. In that case, the dream is a sign that it is time for an open conversation with your loved one.

To dream of sitting at a station
Sitting at the station in a dream means that you are still waiting for the right opportunity in life. You might have missed some chances because they didn’t seem good enough to you. You need not regret that, but it is necessary to learn something for the future from that experience.

To dream about standing at the station
Standing at the station in a dream symbolizes impatience. You probably expect something big and important to happen, and you are getting nervous by waiting. You have to make an effort to calm down and wait a bit longer because things will move to your advantage soon.

To dream of sleeping at the station
To sleep at the station in a dream suggests that you have to organize time a bit better to finish all the tasks and obligations you have. You are prone to leaving some chores for tomorrow, which is why your projects keep piling up. You have to make a plan and stop deviating from it. That is the only way to achieve productivity.

To dream about other people sleeping at the station
This dream suggests that you are worried about a loved one because you believe that the person in question is wasting their potential. You think that they can achieve a lot, but they are too insecure or lazy. Considering that everyone chooses their path, you don’t have the right to criticize them for their choices. You have to give advice when someone asks for it only.

To dream of eating at the station
Eating at the station in a dream can have multiple meanings. One of them is that you are continuously in a rush and that 24 hours in a day are not enough for all the obligations you have. Another meaning is that your conscience is restless because you don’t stick to a diet that will help you lose or gain weight or improve the overall state of your body.

To dream of drinking at the station
Drinking at the station in a dream means that you lead a messy life. You probably eat unhealthy food, don’t exercise enough, and have various vices. All of that could permanently jeopardize your mental and physical health. Because of it, you have to start changing habits to be more carefree in the future.

To dream about other people drinking at the station
A dream wherein you see someone else drinking at the station implies that you need not gossip about acquaintances, family members, relatives, and friends. You can say everything you want to their face instead of doing it behind their back. Some people need only a little thing to make it into sensational news, which can ruin someone’s life.

To dream of fighting at the station
If you dream of fighting with someone at the station, it suggests that you have to learn to control negative emotions. You are prone to taking out your frustration on the people who have done nothing to deserve it. You have chased many of them away because of it, but the number is not final either.

To dream of other people fighting at the station
When you see other people fighting at the station, it suggests that you will be in an uncomfortable situation. You might witness two people you have recently met arguing. Your presence will not bother them to accuse one another of various things. What’s more, they will even try to drag you into their conflict.

To dream about building a station
Building a station in a dream suggests that you are a very creative person, but you don’t take advantage of your talents enough. Your current job probably doesn’t ask for innovativeness and imaginativeness. However, it is a pity that your potential goes to waste, so it wouldn’t be a bad idea to dedicate your time to a hobby or at least think about changing your profession.

To dream of other people building a station
A dream wherein you see someone else building a station means that you might meet an interesting person soon. We are talking about someone who strongly believes in their ideals and whose story will sound a bit naïve and utopian. However, you will enjoy that person’s company, and their charisma might even attract you emotionally or sexually.

To dream of demolishing a station
Demolishing a station in a dream symbolizes jealousy. Someone from your surroundings has probably achieved everything you have fantasized about. That person has a good job, decent earnings, or a harmonious relationship with their partner. Instead of envying them, you can use that person as an example and start working on the achievement of your wishes and goals.

To dream of other people demolishing a station
When you see someone else demolishing a station, it means that you have noticed that one of your friends or colleagues has been acting strangely lately. You don’t talk about the things you have talked about before, and you also believe that the person in question is avoiding you. You will not find out what is going on if you don’t ask them openly.

To dream about setting a station on fire
Setting a station on fire in a dream symbolizes destructive behavior. You have been extremely negative and angry at everyone around you lately. You believe that no one can help you and that the world has gone berserk. If that stage continues, you might have to ask for professional help to find the bright light in everything that surrounds you.

To dream about an old or abandoned station
When you see an old and abandoned station in a dream, it means that you regretted not fulfilling your wishes and goals when you were young. You believe that now is too late for something like that, but you are mistaken. You can achieve anything you want if you have enough will, courage, and energy for it.

The meanings of dreams can be a lot more trivial. If you have recently seen or stood at the station, it has left an impression on you.

Definition of a station

A station is a facility used for receiving passengers, buses, and trains.