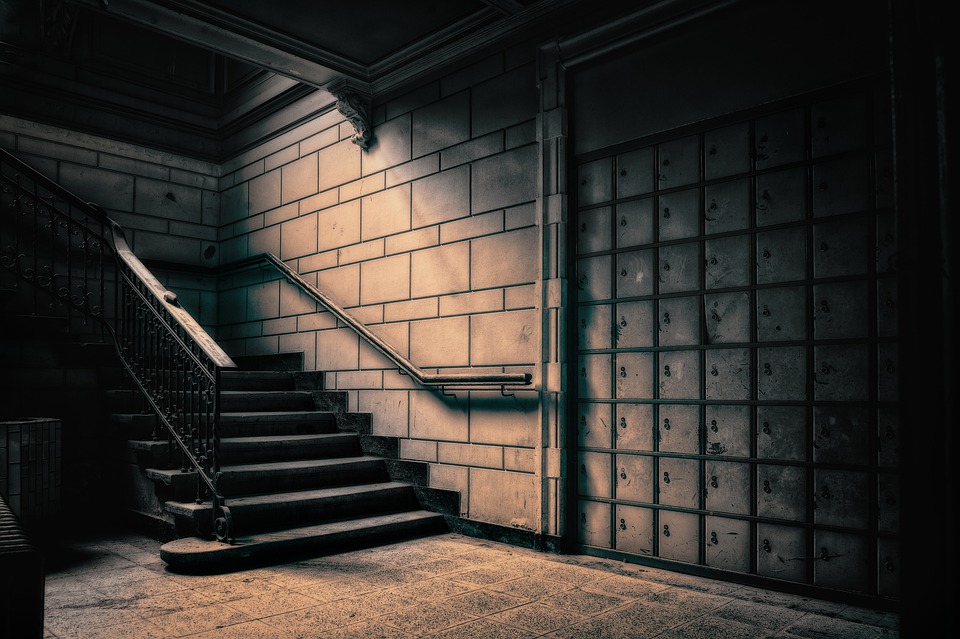 To dream of an empty basement
If you see an empty basement in a dream, it symbolizes shame. You might spend all your money on something trivial that you will have no use for. You will fall for someone’s lies and believe very persuasive strangers more than people who wish you well.

To dream of a wine cellar
When you see a wine cellar in a dream, it means that you will have to deal with arguments and inconveniences. You might not be in the mood for collaboration in the following period, which is why you will doubt everyone’s intentions. You will only chase away long-term partners with such behavior who will not want to put up with your sudden mood swings.

To dream about other people hiding in a basement
A dream wherein you see someone else hiding in a basement means that the person who offended, hurt, or tricked you will ask you for forgiveness. They probably feel guilty for saying or doing something, which is why they will bag for you to forgive them. You will wonder whether to do it or not, considering what you have been through because of that person, but you will listen to your conscience in the end and decide to bury the hatchet and move on.

To dream of getting trapped in a basement
If you dream of someone locking you in a basement, it means that you are in a toxic relationship or friendship. Your partner or friend might be too jealous and possessive, and it bothers them when you spend time with other people. Even though you love that person a lot, you will not be able to put up with such psychological torture for long.

To dream of locking someone in the basement
When you dream of locking someone in the basement, it means that you have to let your loved one breathe. You have full control of that person’s life, and you have to know where they are at all times. You get mad if they decide to do even the most trivial thing without you knowing about it. You have to realize that the person in question will snap sooner or later and decide to distance themselves from you because no one can live in your dungeon for the rest of their life.

To dream of going into a dark basement
Going down into a dark basement in a dream suggests that you lack the courage to solve one big problem. We are talking about something you have been pushing under the rug for a long time, hoping that it would resolve itself with time or that someone else will deal with it. However, time is not your ally in this case but an enemy. The sooner you face that, the sooner you will be able to relax.

To dream about building a basement
Building a basement in a dream means that you are someone who thinks long-term. You want every decision or action you make or do to have a positive effect on your future. Because of it, you rarely get involved in risky situations, especially when it comes to money and business. You believe that you can build a secure and carefree future by thinking like that only.

To dream of other people building a basement
When you see someone else building a basement in a dream, it means that your partner or friend will suggest you start a business project together. They will try to assure you that your talents and energy could bring you something big. Considering that you are afraid of risk, you will have to ask yourself if it is wise to get involved in something like that.

To dream of cleaning a basement
Cleaning a basement in a dream means that you will get a demanding or tricky task. Your boss might give you a challenging project, or you will decide to take on a family chore. Anyhow, you will have to invest a lot of time and effort into it. The results will be more than good if you stay persistent and patient.

To dream of other people cleaning a basement
A dream wherein you see someone else cleaning a basement means that your family member, friend, or colleague might ask you for help with something. They might ask you to land them money, help with a work project, or do their personal chore. You will not reject that person even though you can’t say that you have a lot of free time.

To dream of throwing things out of the basement
This dream means that you will finally decide to leave the past behind and move on. Something happened that threw you off the track that you kept going back to. However, you will soon realize that such behavior is a waste of time and that you have to take advantage of the chances offered to have a better future.

To dream of someone throwing your things from the basement away
If you dream of someone throwing away your things from the basement, it means that you will overcome the crisis you are going through more easily with the help of your loved ones. You probably suffer because of something, but your friends will not let you retreat inward but make you move on. You are lucky to be surrounded by the people who love and support you because you will get over that obstacle in life thanks to them.

To dream of living in the basement
If you dream of living in the basement, it means that people respect you for being a modest and good-hearted person. You believe that no one should do to others what they don’t want others to do to them. Even though you have had some bad experiences with people who wanted to achieve their interests through you, you don’t hold a grudge but leave such things aside. Many people admire you for being able to forgive and see something good in everyone.

To dream of a bunch of strangers in your basement
If you end up with a bunch of strangers in a basement in your dream, it means that you have communication problems with your family members or work colleagues. Something small will probably cause a huge fight. You could regret your words after the dust settles if you don’t watch out for what you say in the heat of the moment.

To dream about a pitch-black and creepy basement
A pitch-black and creepy basement in a dream is not a good sign, unfortunately. If you end up in one, it symbolizes upcoming trouble. One of your plans might fail, or you will go through a business failure or heartbreak. The following period will be turbulent, and you will need a lot of patience and strength to overcome it.

To dream of a basement full of mice and rats
A basement full of mice and rats in a dream symbolizes your enemies. If you manage to defend yourself from those pests in a dream, it means that you will defeat those who wish you harm in real life. If you dream of not being able to defend yourself, it suggests that you have to change a tactic to overpower the enemy.

To dream of a flooded basement
If you dream of trying to get out of a flooded basement, it means that one of your colleagues from work will try to slander you in front of your boss to take over your spot. If you stay careful and do not give that person a reason to do something like that, they will not manage to actualize their evil plan.

To dream of a fire in a basement
When you dream of a basement engulfed in flames, it means that you can’t listen to your heart while making important decisions but reason and logic. Now is not the time for nostalgia but smart and wise moves.

To dream about a basement collapsing
If you dream about a basement collapsing while you are in it, it symbolizes a guilty conscience. You have probably hurt or offended someone but didn’t ask for that person’s forgiveness. You will need a lot of time to gain destroyed trust again, while there is even a chance that the person in question will never look at you the same again. Let that situation serve as a lesson on how not to treat people you care about in the future.

The meanings of dreams can be a lot more trivial. If you have recently seen a full or empty basement or hidden in it, it has left an impression on you.

Definition of a basement

A basement is a room in the house or building located below the ground level.