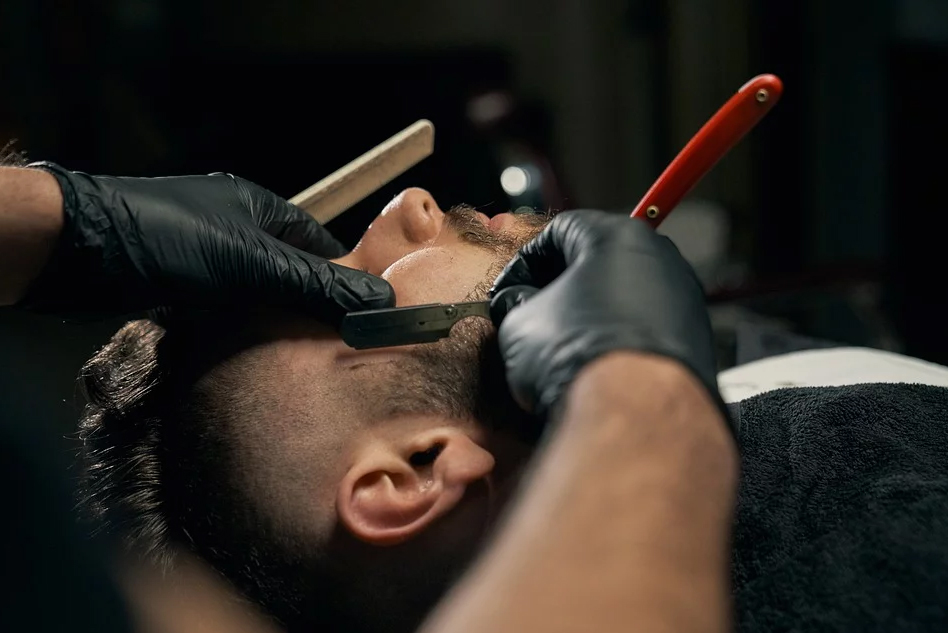 To see a barber in a dream
If you see a barber in a dream, it is a warning that you will experience some damage. It is possible that you will start a business with someone who will not take it seriously. All responsibility will fall on you and you will invest more money and time than you have planned. It is possible that your associate will be a family member or a friend who you thought you knew better. Their immaturity will ruin your relationship and you will realize that it is not a good idea to work with your loved ones. You will probably have problems with money as well, since your business partner will ask for more than they deserve.

To be a barber
This dream symbolizes success and good earnings. It also represents luck regarding love and passion.

To be shaven by a barber
When you dream of being shaven by a barber, that symbolizes gossiping. You have always done what you believe to be right, even though you know that you can make many enemies by acting like that. You will not be surprised when you find out that someone is spreading rumors about you in order to ruin your reputation. It is possible that you will be angry because they are getting your family involved in it, as well, but you believe that fuss is made about great people only.

To meet a barber
Dreaming of meeting a barber means that you are someone who appreciates hard-working people. You are disgusted by any kind of laziness. You are trying to achieve everything by yourself, so you believe that injustice should be punishable. You don’t understand people who live at the expense of other people and you believe that every grown human being has the responsibility of taking care of themselves. You don’t ever land money and you are ready to help sick or elderly people only.

Dreaming of other people meeting a barber symbolizes regret over missed opportunities. It is possible that you rejected a job or help from a very influential person in the past. You have believed that your decision was right, but you would act completely differently today. However, you will have to stop thinking about it and make sure to use opportunities that you are being offered now. Even if you don’t have any offers, try to make them by yourself.

To talk to a barber
Dreaming of talking to a barber implies that you are a person who doesn’t like gossips. You are only interested in your own life and lives of those who you love and respect. People sometimes believe that you are an arrogant and cold person. You are not trying to prove them wrong, because you don’t care what they think. When it comes to people, you only know things that they decide to tell you and you appreciate those who act the same way, as well.

A dream in which you see other people talking to a barber means that you could hear good news. It is possible that someone will notify you that you got a job or a chance to study or work abroad. Good news can be related to beautiful events in yours or even your friend’s family.

To have an argument with a barber
If you are having an argument with a barber in a dream, it means that you will suffer because of someone else’s mistakes. One of your colleagues will probably make some mistake at work, but your superiors will blame you for it. You will not even try to defend yourself, because that would make the situation even worse. However, you will not miss the opportunity to tell your colleague where they were wrong and how they are justifying their mistakes. You will make sure that your superiors hear about it, as well.

If you dream of other people having an argument with a barber, it is possible that you will witness a family fight. Sides at war will try to promote you into their arbiter, which will be torture for you. If you want to avoid that role, find a diplomatic way to tell them that you don’t want to meddle into their business.

To hide from a barber
Dreaming of hiding from a barber means that your consciousness is restless because you haven’t finished some job. You were too lazy to put it to an end, but recklessness could create problems for you now. You will have to try really hard to get out of the situation without consequences.

If, however, you dream of other people hiding from a barber, it is possible that you will take great responsibility in the near future, regarding your job or home. You might not be ready for it, but you will not have a choice. Because of that, you will put a lot of effort into making everything right at the beginning, but you will also set new rules that will help make the situation a little bit easier.

To have a fight with a barber
A dream in which you are having a fight with a barber symbolizes powerlessness. It is possible that you have experienced some injustice and you don’t know how to deal with it. You have a hard time with accepting that you simply can’t do anything about it. That will torment you for a long time and you will ask yourself if you have deserved it. Instead of being sorry for yourself, try to forget about it and move on.

If you dream of other people having a fight with a barber, it means that you will hang out with someone whose sense of humor suits you completely. They will be able to make you laugh even in the hardest situations. With their help, you will realize that many situations are not as negative as they seem.

To kiss a barber
Having any kind of an intimate relationship with a barber in a dream means that you will be embarrassed. It is possible that you will say something that will make other people mock you, during a meeting or even in an informal setting. Unfortunately, you will not be able to stop it, but you will learn an important lesson- don’t talk about topics you know absolutely nothing about.

Dreaming of other people kissing a barber symbolizes dissatisfaction with your sex life. If you are married or in a relationship for a long time, it is possible that your relationship with a partner has become distant, or they simply can’t recognize your needs anymore. In order to change that, you can’t only sweep problems under the rug, but talk openly about it like every other grown up. You shouldn’t expect something to fail that didn’t even have a proper beginning.

If you are single for a long time, your sexual dissatisfaction is a completely natural.

To kill a barber
Dreaming of killing a barber means that you will try to stop gossips about yourself in vain. If, however, you dream of someone else killing a barber, that symbolizes the need for a big change in your life.

Meanings of dreams can be simpler. If you have recently seen a barber or went to them, that has probably made an impression on you.

Definition of a barber

Barber is a craftsman who cuts people’s hair and shaves them. Barbers are usually men.