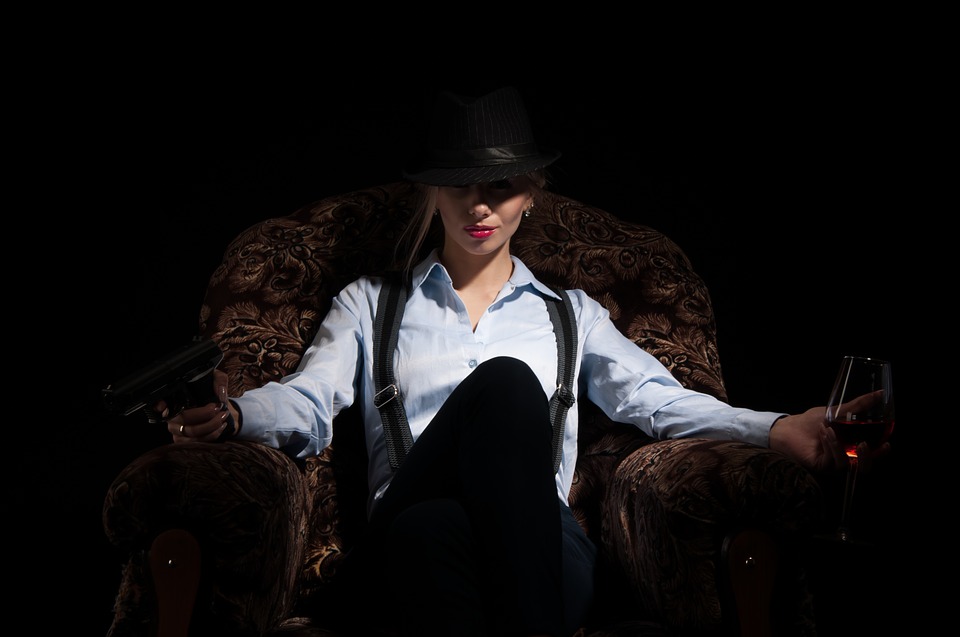 To see a bandit
Dreaming of a bandit means that you are in danger even though you are not aware of it. It is possible that someone wants to kill you, so you should pay more attention to your businesses. The person who is taking over your job is not as capable to do it as you are, so it is possible that they will lose important clients and get you in debts. If you don’t change the way you run business soon, you will face with big consequences.

To be a bandit
This dream suggests that you are afraid of the law and strangers, unnecessarily.

To be a bandit leader
Being a bandit leader in a dream means that you lack initiative. Even you are bothered by indecisiveness that is stopping you from changing something in your life. You are often afraid of new situations that can bring you negative experiences, but positive ones, as well. When you have a chance to make progress, you back down out of fear of failure. You would like to act differently, but you are not doing anything to beat your biggest enemy- yourself.

To be attacked by bandits
Dreaming of being attacked by bandits means that you are scared for your safety. It is possible that you will be robbed or that someone will threaten you. After that, you will have traumas that will last for a long time, so you will sometimes even be unable to go outside. You will realize that you can’t live like that and you will do everything you can to protect yourself. You will be more careful and go out without valuable material things. It is possible that you will even go on a self-defense class.

To hide from bandits
Hiding from bandits in a dream means that you want to run away from a problem. You think that you can’t deal with it painlessly, so you are trying to pass it on to someone else. However, you know that you need to act responsible. Because of that, you will not do anything that would jeopardize people you love or yourself. Maybe it would be the best to ask for an advice from someone you trust.

If you are hiding someone else from bandits in a dream, it means that you have a desire to protect a loved one from troubles that could happen. You will do everything to help that person overcome a difficult situation they are in without too many consequences.

Dreaming of other people hiding from bandits means that you will witness a tough conversation between two people who you appreciate a lot. You will be a witness of their horrible argument, but you will decide not to meddle, because you don’t want to be the one who will have to make them make peace. However, even that will disturb you deeply. The best thing to do is to talk to a completely objective person. You need to let it out, because otherwise, it could affect your mental health negatively.

To be robbed by a bandit
Being robbed by a bandit symbolizes bigger money gain. It is possible that your superior will reward you for your hard work, or that you will get a heritage. Anyhow, the money will suit you, since you have damaged your budget with unnecessary expenses.

Dreaming of other people being robbed means that you are trying to talk a friend out of some risky job or investment. You will realize on time that their intentions are a wrong move, so you will advise them not to get involved. Whether you will succeed or not depends solely on their persistence and your power of persuasion.

To be killed by a bandit
Dreaming of being killed by a bandit means that a loved one will disappoint you. They will probably do or say something that will make you ask yourself whether you even know them. There is a possibility that the situation will ruin your relationship completely and that you will decide to distance yourself from them. That will suit you, because, no matter how hard you will suffer, you will finally realize that you don’t need someone like that in your life.

Dreaming of bandits killing someone who you know means that you could have a tough argument with that person. The topic of it will be your views on life and your actions. It is possible that they will judge your opinions or ideas. Anyhow, it will not be a pleasant conversation, at all.

Dreaming of a bandit killing a stranger symbolizes your relationship with injustice, which you despise. That is a dominant trait of your character. You are always trying not to offend someone or betray their trust. Because of that, you believe that other people should treat you in the same way. However, that is not so simple in real life, so you have a hard time with dealing with injustice that happens either to you or to other people.

To catch a bandit
Catching a bandit in a dream symbolizes your need for respect. You are a person who enjoys in other people’s attention. It is very important to you to have their confirmation for everything you do. You are constantly trying to make other people talk positively about you. Some people find it cute, while many of your friends are annoyed because of it. Of course, they will not tell you to that, so that they wouldn’t offend you.

Dreaming of other people catching a bandit means that someone will take recognitions for something you have done. You will probably do something, but your colleague will take the praise. You won’t say anything, but you will be defeated and betrayed. However, if you want for other people to know that you have done it, you will have to prove it to someone. With time, you will realize that no one can respect you more than yourself.

To kiss with a bandit
Having any kind of an intimate relationship with a bandit symbolizes your need for excitement. It is possible that you have fallen into a rut and that you don’t feel passion for your partner anymore. Because of that, you are often fantasizing about someone else. On the other hand, if you are single, you would probably like to have someone who would make your fantasies come true.

Meanings of dreams can be simpler. If you have recently witnessed some robbery or read about it, that has probably made a strong impression on you.

Also, this dream can symbolize digestion problems. If you have many obligations and don’t have time to eat homemade food, that is probably the reason for having stomach issues. If you are under a lot of stress and don’t have the time to rest or exercise, that could have also contributed to your health problems. If you don’t change your lifestyle, the nervous bowel syndrome will cause troubles for you, for a long time.

Definition of a bandit

Bandits are people who have hurt legal, moral and social norms of the community they belong to.