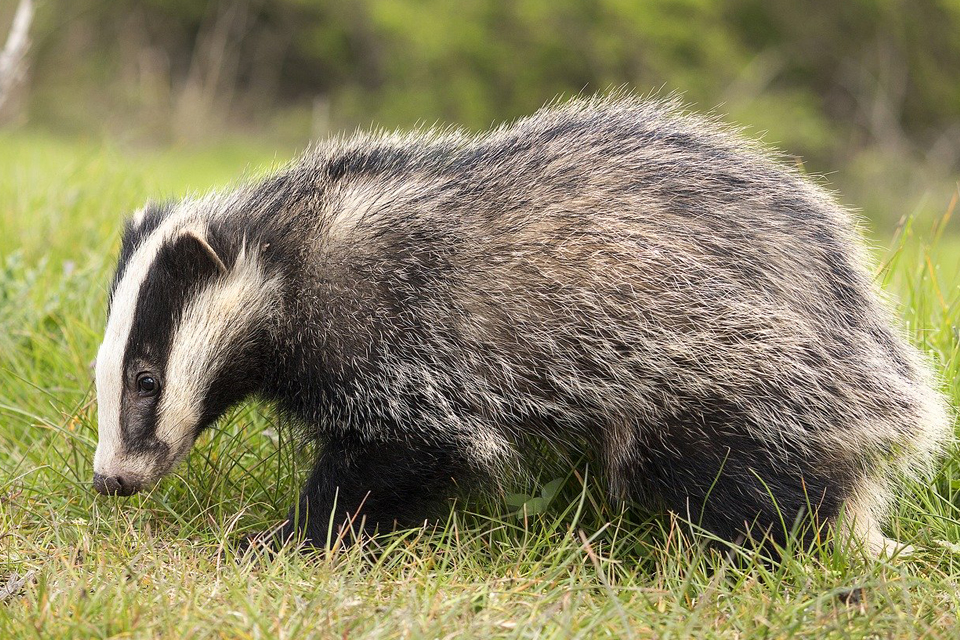 To dream of a badger
If you see a badger in a dream, it means that you will have a big gain. You might get lucky in the following period, so you will manage to collect most of the debts. People that you have lent money to have been in a difficult financial situation, so as you, so they couldn’t pay you back. They will pay you back for everything that you have done for them as soon as they get back on their feet.

To hunt a badger
When you are dreaming of hunting a badger, it means that you are wasting time. You are a persistent person by nature, and you never give up on the things you have started. Even though people from your surroundings are advising you to drop the things that don’t bring you benefits, you would rather suffer damage than admit that you have made a mistake.

To catch a badger
Dreaming of catching a badger means that you will have a conflict with neighbors. You haven’t been able to agree on everyday matters with them for a long time, which will become such a big problem that one of you will have to turn to the court for help. The situation will be unbearable after that, while the only thing you will get is court sessions that take a long time to end and don’t offer any solutions.

Interpretations of these dreams depend on the context in which they occur and details or feelings that follow them. You can feel fear, anxiety, rage, etc. while having them. However, all dreams with motifs of a badger symbolize the lack of freedom and independence.

People that often dream of badgers and have dreams with this motif lack persistence and perseverance. They long for success, but they have a hard time getting over obstacles that are standing on their way. A badger also symbolizes aggression, as well as a message to stand behind your attitudes, beliefs, and opinions.

To see badgers fighting for territory
This dream means that you will have to stand up for yourself more in the following period if you want to achieve something. It is good to stand aside and let other people make important decisions to avoid conflicts in some situations. However, there are times when you need to fight. People will finally take you seriously after that and respect your opinions.

To feed badgers
If you are dreaming of feeding badgers, it means that a favorable period is expecting you when it comes to work, college, and love. You might decide to move to another city or state, so everything will fall into its place after some time. You just need more patience.

To dream of badgers attacking you
When you are dreaming of badgers attacking you, it means that you should be more aggressive and venturesome if you want to achieve your goals. You will have to impose yourself instead of waiting for others to notice your efforts, hard work, and intelligence. We live in a world where resourcefulness is an important factor in achieving success. You need to know that life will not give you anything on a platter, so you will have to work really hard for many things.

To see badgers attacking others
A dream in which you see badgers attacking someone else means that you will witness an uncomfortable situation. You will probably observe an argument between two people that you don’t know well. Despite the fact that you don’t have anything to do with their problems, they will try to get you involved. They will even ask you to take someone’s side until you let them know that you are not interested in the things that are going on around you. Don’t fall in their trap, since you will be guilty for possible consequences later.

To dream of a badger biting you
If you are dreaming of a badger biting you, it means that you need to take care of your health. The symptoms that you have recently felt are caused by exhaustion. However, that doesn’t mean that you should avoid going to a doctor. On the contrary, make sure to go on regular checkups to be sure that everything is fine with your body.

To see a badger biting someone else
If you are dreaming of a badger biting someone else, it means that you will get revealed when you find out that a person whose health you have been worried about for a long time is finally fine. Test results will be good, so you will be able to breathe again and dedicate some time to yourself. Taking care of others and worrying have exhausted you completely.

To run away from a badger
A dream in which you are running away from a badger means that you are constantly trying to avoid someone or something. You probably have some problems that you are persistently pushing under the rug, hoping that they will get resolved on their own. However, ignoring them will not help you this time. It is time to do something about the whole situation.

To see others running away from a badger
When you see someone else running away from a badger, it means that a loved one will bother you with their problems for a long time, even though you have warned them not to do that. Their insecurities are starting to go on your nerves, but you don’t know how to tell them that. However, you need to know that yours and their perspective of the same problem are not the same, so you can’t relate to them completely. Show them that you understand them since you would expect the same from them as well.

To see a badger running away from you
This dream means that you will soon face problems that will ask for a lot of time and energy, unfortunately. Besides that, you will feel disappointed because you believed that everything would be a lot easier and simpler. Don’t lose hope and continue believing in yourself.

To kill a badger
If you are dreaming of killing a badger, that is a warning to take care of a relationship with your partner as soon as possible. Things haven’t been great between you two for a while now. You don’t lack love, but you should work on trust and mutual understanding. If you show that you are ready to compromise, there is a chance that your partner will do the same.

To see a dead badger
A dead badger in a dream means that you should set clear boundaries so that your loved ones wouldn’t constantly meddle in your life.

Meanings of dreams can be simpler. If you have recently seen or chased a badger, that has made an impression on you.

Definition of a badger
A badger is a nocturnal animal from the marten family that digs tunnels underground and lives in them.