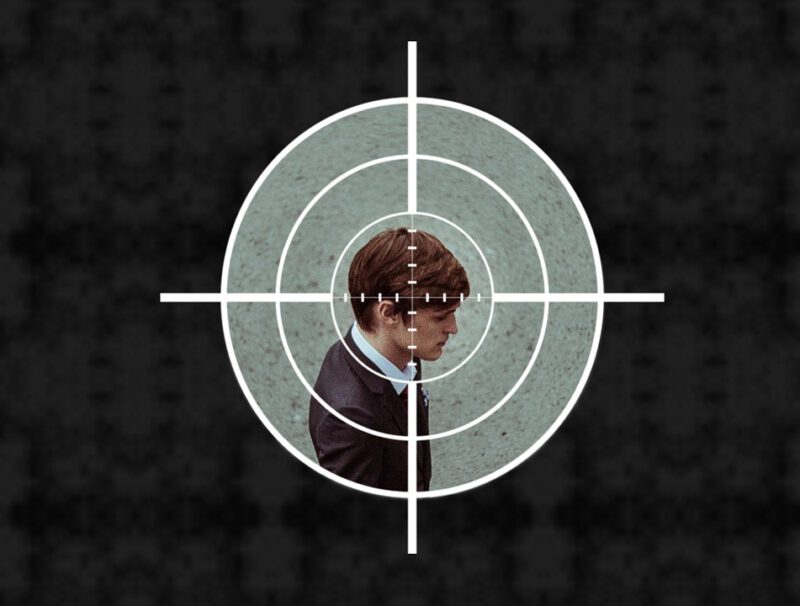 To assassinate someone in a dream
Dreaming of assassinating someone means that someone will spread gossips about you. You will hear lies that will hurt you, because someone who used to be close to you will spread them. You will not be able to believe that they have stabbed you in the back so maliciously. That will show you who your true friends are and who is with you only when they need you. That life lesson will cost you a lot, but it will be precious to you in the future. It is possible that you’ll hear something about your partner which will break your trust in them. That will probably be a rumor made up by a bad person who wants to create troubles for you. If they are a family member of theirs, the situation will be even more complicated. You will see the truth with time, but all of it will leave you with a bad experience that will permanently change the relationship with those people.

Dreaming of someone else assassinating others
This dream suggests that you were not able to stop a friend from doing something stupid. Even though you have tried to explain what is best for them, you will realize that you are wasting your time in vain. That will anger and disappoint you, but you will continue to support them, no matter how hard you disagree with their decisions. You will not turn your back on them, even though you are sure that they are destroying their life. You will be in a moral dilemma, trying to decide if you are doing the right thing, but at that moment you will not see another solution.

To witness an assassination of someone you know
Dreaming of witnessing an assassination of a public figure that you recognize from TV or newspapers symbolizes anger caused by injustice done to you. It is possible that you’ve experienced a situation that has shaken you deeply. Your boss or a superior has probably decided to reward someone who didn’t deserve it, or your business partner has decided to work for a competitor.

On the other hand, you might be tortured by injustice done by someone you love. There is a possibility that someone close to you has decided to take your enemy’s side in an argument. That makes you furious.

To witness an assassination of a stranger
Dreaming of a stranger’s murder means that you have a need to get rid of a bad habit. You might be aware that your negative energy or bad traits are chasing people away from you. That makes you feel lonely. You feel like people from your environment are avoiding you, so you are trying to change, in order for them to accept you more easily.

Dreaming of being assassinated
Dreaming of someone trying to kill you means that someone is envious of you. There is someone in your environment who is constantly trying to undermine your success, because they see you as a threat or an obstacle when it comes to business or even love. You have probably tried to convince yourself that you are imagining it, but you will soon realize that your instinct isn’t wrong. Try to ignore their remarks and continue living your life the best you can.

Dreaming of surviving an assassination means that a bad period is behind you. Many worries and problems are going to be solved soon, so you will finally be able to take a break. You have thought for a while that you would not be able to endure all that pressure and stress, but you’ve realized that you have enough strength to overcome all obstacles.

Dreaming of not surviving an assassination means that you will consciously distance yourself from people who don’t wish you well. You will realize that it is pointless to be surrounded by people who are constantly trying to hurt you, so you’ll try to cut them out of your life. That will probably be the best decision you’ve made so far.

Dreaming of an assassin
To see an assassinator in a dream means that you are really sad over something. It is possible that your partner has hurt you with their actions, or you have decided to break off your relationship. Even though you were convinced that you would forget about it easily, that didn’t happen. You are trying to hide that you don’t feel well. You are walking with a smile on your face, but deep down inside you are a wreck.

To talk to an assassin
Dreaming of talking to an assassinator means that in your environment is a person for who you believe that they are your loyal friend or a good colleague. However, be careful when communicating with them, because you can’t ever be sure of their intentions. Don’t talk about your intimate secrets, because they will have a smaller chance of use your honesty against you.

To have an argument with an assassin
Dreaming of having an argument with an assassinator symbolizes repressed anger. You are not able to stand up to your enemies in the right way, in the real world, so your subconsciousness is giving you an opportunity to catch out your anger in dreams. In the long run, that kind of behavior is not healthy and it could easily leave consequences on your mental health. Try to approach every conflict rationally and you will be able to fight off difficult people.

To kiss an assassin
Dreaming of having any kind of an intimate relationship with an assassin symbolizes the lack of sexual desire. You are probably in a place where you don’t have the need for sex. It is possible that your partner is not happy with it, so you are not sure how to react. On one hand, you would like to humor them, but on the other, you can’t go against yourself. Try to have an honest conversation with them and come to a conclusion together. If that kind of behavior continues, ask for an advice from a professional.

Dreaming of helping someone hide from an assassinr means that you’ll receive a useful advice from an experienced person. They can be a colleague from work who will help you do some job, or an elderly person who will convince you to follow your heart when it comes to your love life.

If you have recently watched a movie on this topic, or read that someone tried to kill a famous person in the newspaper, interpretations of these dreams are a lot simpler. Everything you have seen in the real world has made a strong impression on you, so you’ve transferred it into a dream.

Definition of an assassination

The assassination is an attempted murder or a murder of the predetermined person who has political, economic, cultural or religious significance in some county or the society.