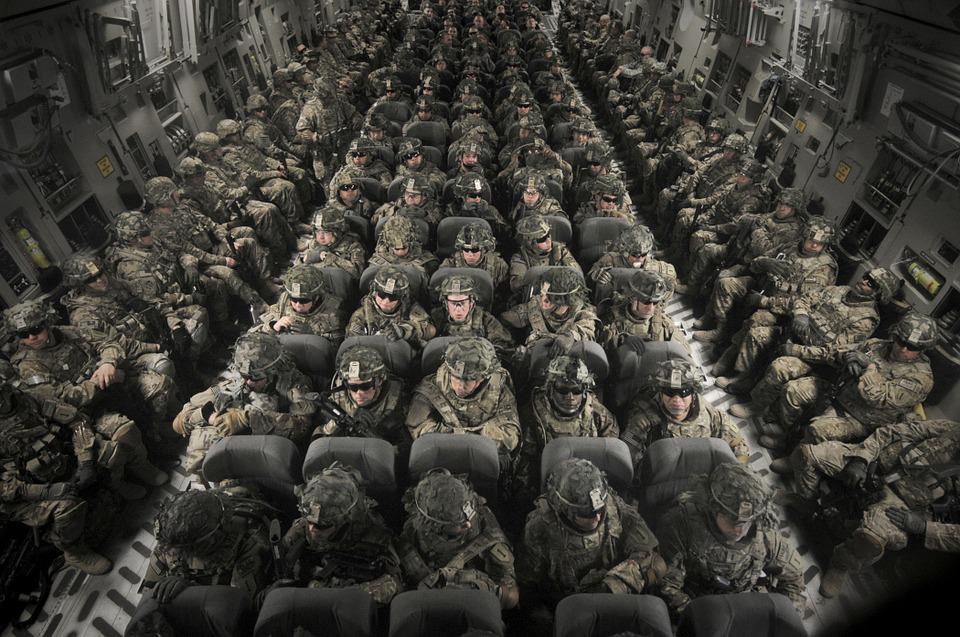 To dream of an army
If you see an army in a dream, it symbolizes arguments and spite. You might have a conflict with someone and have to defend your beliefs. You will not think about giving up because the person in question wouldn’t interpret that move as your intention to deescalate the situation but as a confirmation that they are right and have outsmarted you.

To dream of an army winning
If the army in your dream wins a battle, it suggests that you will make career progress. Your boss might be satisfied with your results, which is why they will reward you properly. You will have a great sense of responsibility and do everything you can to justify that person’s trust or prove that they have made the right decision.

To dream of an army getting defeated
If the army in your dream gets defeated, it warns of difficulties. You will probably face numerous obstacles and get tempted to give up on what you have started. You will need a lot of strength and persistence to keep the promise that you gave either to yourself or someone else.

To dream of getting a call to serve
If you dream of getting a call to serve your country, it implies that you have to become mature. You have been avoiding doing some demanding and responsible life tasks or serious decisions for a long time. It is easier for you when people treat you as an immature and irresponsible person than to have to deal with something that your and other people’s future depends on. However, some situations will make you grow up overnight, and you will have to take over a big responsibility.

To dream of getting discharged from the army
When you dream of getting discharged from the army, it suggests that you will get rid of a burden. You might solve a problem that has been bothering you for a long time. That especially applies to people who are still in school or who can’t find a decent job for years. Some things will become clear soon, and everything will change for the better.

To dream of leaving the army
If you dream of leaving the army, it suggests that you are afraid of betraying the expectations that your boss or parents have. You probably live under pressure for a while and know how stressful that can be. There are not many decisions that you have made because you wanted to because most of them got extorted because of other people’s wishes. There is no easy way to solve that except to make radical cuts in your life.

To dream of seeing the army off
Seeing the army off in your dream suggests that you are afraid of losing a loved one. Your partner might be showing some signals that they want to end your relationship or marriage. Another possibility is that your friend or family member intends to move to another city or country, and you are scared that you will lose that person forever.

To dream of the army saving you
If you dream of the army saving you from danger, like a flood, fire, etc., it implies that you will solve specific problems more easily if you ask for help from someone you trust. A different and more objective look at everything could lead to good solutions. Because of it, you need not be afraid to ask for advice about what bothers you from a family member or close friend.

To dream of the army surrounding you
When you dream of the army surrounding you, it suggests that you are paranoid. You are prone to believe that the whole world has conspired against you, which is why you can’t make progress. The truth is much simpler and more ruthless. When you finally make peace with the fact that you have made many mistakes and take responsibility for them, you will learn something from those errors, and your future will be much brighter.

To dream about reading about the military
Reading about the army in a book or newspaper in your dream means that you will want to expand your knowledge in a specific field. You might have started doing a hobby and realized that you possess great potential, which is why you will take a course to be better at it. Your hobby might earn you a lot of money with time.

To dream of writing about the army
Writing about the army in a dream means that you should have more realistic desires and wishes. You probably fantasize about getting rich and achieving all your goals overnight. Some people have managed that after ten, twenty, or even thirty years, while others haven’t succeeded their whole lives. It is necessary to continue working hard and lower your expectations that no one else but you set for yourself.

To dream about listening to the radio or watching a report on TV about the army
This dream means that you are ill-informed. Not only do you not know what is going on in the place where you live, but you wouldn’t even know if your country went to war tomorrow. That wouldn’t be so bad if you at least had an interest in what you do. There is no excuse for not knowing something in the 21st century.

To dream of talking to someone about the army
Talking to someone about the army in a dream means that you want people to hear your voice. You believe you possess immense knowledge and experience, which is why you should share them with other people whenever you have a chance. You speak the most and the loudest when you are in a group of people. Some find it cute, but some avoid hanging out with you as much as possible.

To dream of going through military training
If you dream of going through military training, it suggests that you will do something that you haven’t had a chance to do before. You will need some time to figure out how what functions, but you will be very productive once you connect all the dots. You might even change your profession to focus on that field of work entirely.

To dream of running away from military training
When you dream of running away from military training, it implies that you have a problem with discipline. That especially applies to your professional life. If you have a chore you have to do, you must not ignore it while having coffee with friends. You can do that in your free time and dedicate your attention to what’s important during working hours.

To dream of a military parade
If you dream of watching or participating in a military parade, it means that you make an effort to be different than others. You probably don’t want to follow trends but want to dress opposite of other people. The same applies to some life views. You don’t follow the crowd but make an effort to justify your opinions and prove that no one is right but you.

The meanings of dreams can be a lot more trivial. If you have recently seen, run away from, or enrolled in the army, it has left a strong impression on you.

Definition of the army

The army is a collection of military armed forces of one country.