What Does It Mean to Dream of an Arab? 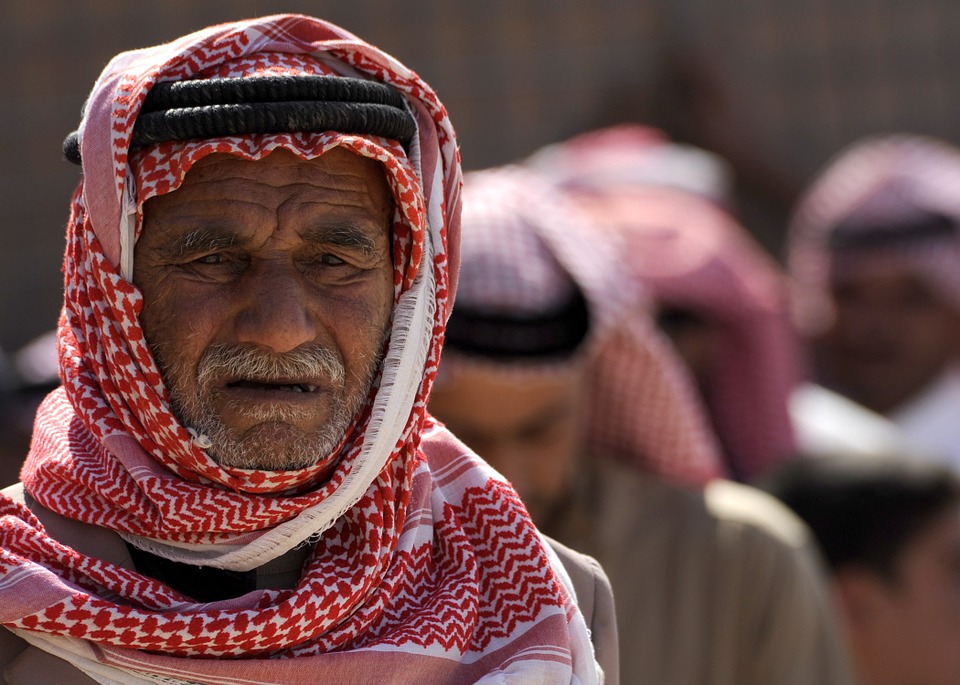 To see an Arab in a dream
Dreaming of seeing an Arab symbolizes good news. It is possible that you are waiting for a response from the company you’ve applied to work for. In the following period, people from the company will contact you and you will start working for them. Your effort will be crucial for them to decide if they will hire you permanently. If you have applied for a scholarship, you will probably travel abroad and continue working and living there. You partner will decide to spend more time with you, so there is a possibility that you will go on a short vacation where you will refresh your relationship.

To have an argument with an Arab
Dreaming of having an argument with an Arab means that you are generous with other people, but they are ungrateful for it. You are too empathetic when it comes to your friends and family. You are trying to help everyone when they are in trouble, even when you are harming yourself in the process. It is possible that your partner will warn you that you are naïve and they will be mad because you trust everyone more than them. You will also start to see that people behave like you have never helped them before, only if you are not able to do it every time they ask. You will be sorry because of it, but you will realize that you feel a lot worse when you don’t do everything in your power to help someone when they ask you to.

To hide from an Arab
Dreaming of hiding from an Arab means that your consciousness is restless. You have probably done something wrong. Even though you are justifying your actions and finding excuses for them, you know that you have made a mistake. You have also hurt a loved one, which is tormenting you even more. You didn’t have bad intentions, so you will try to fix the situation with an honest apology.

Dreaming of being an Arab
If you are an Arab in a dream, it means that someone will commend you because of your good deeds. You didn’t expect any recognition because you were doing it from the heart, but you will be glad that someone appreciates it.

To talk to an Arab
Dreaming of talking to an Arab means that you will hear good news. It is possible that someone will offer you a job that you will not be able to refuse, or you will get an opportunity to travel somewhere. Anyhow, the information will gladden you.

Dreaming of other people talking to an Arab means that you will have a task that you will not be able to solve on your own. You will ask for help from a friend, colleague or an associate. Getting that task done will be a long process, but you will be more than happy with results.

To negotiate with an Arab
Dreaming of negotiating with an Arab means that someone will try to trick or deceive you. Be careful if you don’t want to get yourself in trouble because of being naive. Watch out if you have to sign some contract, because negligence could cost you a lot in the future.

Dreaming of other people negotiating with an Arab means that your subconsciousness is telling you that people from your environment don’t understand your actions. Communication with your partner or a loved one is bad. Sometimes, you would rather stay quiet and not say anything, instead of having an argument with them.

To have a fight with an Arab
Dreaming of having a fight with an Arab symbolize fear of getting betrayed by a loved one. Your previous experiences haven’t been positive, so you are constantly projecting things form the past into the future. It is time to stop torturing yourself, because your behavior and jealousy could scare off someone you care about.

Dreaming of other people having a fight with an Arab means that you will overcome a difficult period in life without bigger consequences. After that, your life will be peaceful and everything will go as planned. Use that time to collect your thoughts and finally realize what you truly want.

To kill an Arab
Dreaming of killing an Arab symbolizes good financial situation in the following period. It is possible that you will get a large sum of money, which will make your current situation easier. If you are going on a will hearing, that situation could be beneficial for you.

Dreaming of other people killing an Arab means that you have a feeling that you are not in control of your life. You have only recently realized that you do everything to make other people happy, while you are neglecting your wishes in the process. It is probably time to put yourself first, no matter how that action could seem selfish to other people.

To be killed by an Arab
Dreaming of being killed by an Arab means that you have the need to cut out of your life everyone who is getting the worst out of you. People have been sucking positive energy out of you for a while, which is bringing restlessness into your everyday life. It is probably hard for you to break every communication with those people, because you are related to them or know them for years. However, you will be ready to do what is best for you.

To be kidnapped by an Arab
Dreaming of being kidnapped by an Arab symbolizes the need for excitement. You are probably thinking of having an affair with someone who is taken for a long time. You are aware of the consequences, but your desire is stronger than reason. Think about your next move well and ask yourself if your happiness is more important that someone else’s.

To kiss an Arab
Having any kind of an intimate relationship with an Arab means that your traditional views are stopping you from experiencing new things. Fear of other people’s opinion is stronger that your needs and desires. You are fantasizing of meeting a stranger on a trip and getting involved in a passionate relationship with them, but only if no one finds out about it.

To see an Arab in your home
Dreaming of an Arab visiting you at home symbolizes financial gain in the near future. It is possible that you will make a good deal or your superiors will see your hard work, so they will decide to reward you. Anyhow, you will finally be able to buy something you have been fantasizing about for a long time, but you couldn’t afford it before.

To see an Arab on a camel
This dream means that you will succeed in beating your enemy. There is a person who is constantly trying to destroy you, at work or in your private life. You will not let them do that, because you will predict every move of theirs. This victory will bring you great satisfaction.

To dream of stealing from an Arab
Stealing from an Arab in a dream suggests that you will underestimate one task or chore. You might minimize the effort you have to invest in it to get results. You will postpone dealing with it because of that. When you finally get into it, you will realize you were wrong and will not be able to finish that project within a deadline.

To dream that an Arab stole from you
If you dream that an Arab stole from you, it implies that you are naïve. You let people persuade you into anything and everything. Even though you have been tricked many times before, you still believe in false promises. You have to learn something from the mistakes you make so that you don’t repeat them in the future.

To dream of an Arab offending you
When you dream of an Arab offending you, it means you need not judge other people if you haven’t been in their situation. It is easy to say – I would never do something like that, but you don’t know what life can make you do at some point. You have to deal with your issues first before you start commenting on others.

To dream of marrying an Arab
If an unmarried woman dreams of marrying an Arab, it implies she is lying to herself that the man she likes will want to be with her or come back to her. The recently broken-off relationship will not get restored. It is high time to move on.

If a married woman dreams of marrying an Arab, it means she lacks freedom. Your marriage and marital duties have probably started to smother you, and you fantasize about living your life the way you did before getting married.

To dream of marrying a female Arab
When an unmarried man dreams of getting married to an Arab woman, it can mean that he fantasizes about an unavailable woman at the moment. She is probably already in a relationship or married, or she doesn’t show interest in you.

If a married man dreams of getting married to an Arab woman, it implies that he resents his partner for something but hasn’t admitted it yet. You might believe your spouse is hiding something from you even though you don’t have proof of it.

If you have recently communicated with an Arab, or you have watched some article about life of people from the Middle East on TV, interpretations of these dreams are simpler. The impression you’ve got from that information has transferred from the real world into your dreams.

Arabs are Semitic people who usually live in the Middle East or in the North America.