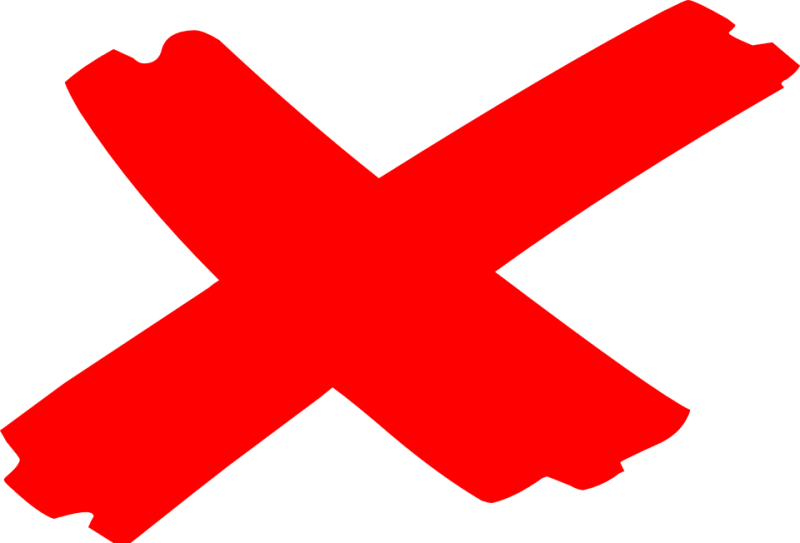 If you are in a medical field or a student of a medical faculty, this dream shouldn’t be interpreted. The same goes for people who have been in hospital or at a doctor’s office recently out of abortion reasons.

To perform an abortion
If that is not the case, it is possible that you feel defeated in some way. Failure has affected you strongly and it has ruined your self-esteem a lot. You have a feeling that you have failed your family or friends because you didn’t fulfill their expectations. However, you shouldn’t let your situation affect your future plans.

Having an abortion in a dream while not being pregnant in real life
Dreaming of having an abortion symbolizes jealousy and fear. If you have problems in your relationship or marriage, it is possible that you are afraid that your partner will cheat on you. You have probably heard some stories that make you restless. You don’t have concrete evidence, so you don’t know how to act. Your partner can see that something is not right, which affects your relationship even more. You are too proud to admit to them what is bothering you.

It is possible that you are worried because you don’t want a child yet. If you are married or in a relationship for a very long time, people from your surroundings are pressuring you to make that step. You want to be completely certain that you are making the right decision. Your family is burdening you, because they are pushing their values onto you and they want you to live your life according to their wishes.

Dreaming of having an abortion while being pregnant in real life
If you are pregnant while dreaming of having an abortion, it means that you are anxious and fearful. However, you shouldn’t be worried, because no matter how stressful a dream can be, abortion as a motif in dreams doesn’t have a negative meaning. It usually represents happiness regarding arrival of a new baby. Because of that, you should focus on positive thoughts and be happy because of joyful and beautiful moments that will follow.

When a man dreams of an abortion
If a man dreams of an abortion, it usually means that he feels guilt regarding something, or he thinks that he will experience failure regarding love or business. Those feelings can be directed at some concrete project you are working on and you are afraid that something might happen which would jeopardize your success and ruin everything you have accomplished so far.

You have started something which is very important for you to be done, but you feel like you can’t finish it, which makes you feel helpless. You are forced to make a decision that will bring many sacrifices in order for you to achieve success in the end.

A man dreaming of having an abortion
Your subconsciousness is telling you that you have many obligations and that you are panicking, because you don’t know who to do all of them. You need to take a break and decide what your priorities are. That doesn’t mean that you should give up, but that you should organize yourself better, so that stress doesn’t affect your health.

Dreaming of someone else having an abortion
If in your dream someone else has an abortion, it is possible that someone close to you has to make a hard decision. It can be a divorce or a break up. That person usually confides with you, which makes you feel responsible for every advice you are giving them. Situation you are in burdens you, but you are determined to endure it all, because you know how much your support means to that person.

To dream of reading about abortion
Reading about abortion in a dream suggests that you have a dilemma. The decisions or actions you will make might determine your future. It is necessary not to be impulsive but to give yourself time to think about the possible consequences or ask for advice from someone you trust.

To dream about writing about abortion
Writing about abortion in a dream means that a woman will ask you for advice or suggestion regarding a problem that bothers her. We are talking about a delicate matter and a situation you have never been in before, so you will need some time to think about what to say.

To dream of protesting against abortion
Protesting against abortion in a dream means you will stand up to something that goes against your beliefs. You might be in the minority, but that will not stop you from fighting for what you believe in. The chances that you will get more support are pretty slim, but even a small number of people who share your opinions will be enough to get you what you want.

To dream of other people protesting against abortion
A dream wherein you see someone else protesting against abortion means you are dissatisfied with the situation in the society you live in, but you don’t have enough will and strength to fight for change. You prefer running away from problems to facing them. If that is the case, you don’t have the right to complain.

To dream about talking someone out of having an abortion
This dream means you need not gossip. You have to try to imagine how you would feel if you or someone you love were the topics of such stories.

Interpretations can differ depending on who had an abortion in your dream.

To dream that your mother had an abortion
When you dream that your mother had an abortion, it implies that you will ruin your relationship with loved ones by judging some of their decisions or actions. If you show compassion and readiness to make compromises, the other side will do the same. However, if you continue to defend your attitudes stubbornly, the end of all communication is inevitable.

Meanings of dreams can be simpler. If you have seen an article about abortion on TV recently, that has made an effect on you.

Definition of an abortion

Abortion is a cease of pregnancy that can happen spontaneously or deliberately.